Why do some projects sell out in record time and others grow stale on agents’ shelves?

In an industry that is driven by quality visuals, a common claim is that a picture tells a 1,000 words. The reality is, that there are some myths floating around about the effectiveness of visual marketing that ultimately cost developers time and money. So why do some projects sell out in a matter of weeks and others sit around until their marketing brochures are collecting dust and boredom rather than buyers’ prompt attention?

We had a very glaring example of this a few months ago. Late last year, we missed out on being selected for a boutique apartment development in an Inner-Eastern suburb of Melbourne. Then, when the marketing campaign was launched, it didn’t achieve the targets required and the selling agency was fired, with a new team appointed to take control.

The new real estate agents approached us to re-do the renders and, after review, we found that, rather than highlighting an entire apartment and showing the lifestyle elements of the living area, the 3D renders focused on small individual parts of the project. Imagine the kitchen sink and tap, rather than the overall kitchen, or the couch in the living area, instead of the view out towards the balcony from the living area.

Was it the art direction from the marketing team or the indecision on the part of the client that led to these decisions? That kind of imagery would work well as supplementary 3D renders, but to rely on them to sell the multi-storey apartment building on their own was extremely risky and, ultimately, proved ineffective.

Here are 5 key myths to hopefully demystify 3D architectural visualisation for project marketing and explain how developers can find themselves on the side of the sold-out campaigns more often. What’s important to remember?  In the world of property development, the solution is never straightforward.

Often, in the process of the render creation, it becomes a bit of a battle between design study for the architectural team versus the marketing campaign launch date for the marketing team.

Those two objectives are often in conflict and need to be respected equally, without considerable sacrifice to one another. It is a matter of give and take, but some 3D visuals will take longer to get right and need more time to consider the combination of visual elements.

When imagery decisions are made based on plan view diagrams, once they are visualised, the result is sub-optimal. At this stage, a strategy re-think is often required – and the unit selection reconsidered. The overall marketing campaign launch date needs to account for some level of time contingency to factor in issues like this. When the developments are being designed, there are certain decisions that sometimes get made in the initial design process to detail those areas in the future. The challenge with 3D imagery, though, is that, although the disclaimer of artist impression is shown on the image, the images still portray how the project is going to look and may well be then relied on by the purchasers.

Some elements can be simple but others require more thought. Often, architects will just approach the planning application as a yield exercise and then detail when the working drawings stage comes up. The challenge with this is that the developer may think that, after achieving the planning permit, the project is ready to go for marketing.

In truth, all the key detail that could make the project stand out, may still not be ready yet and may need a lot of polish to get it to the right level.

3D architectural visuals showcase a lot within the images and they present great opportunities to utilise unique design features that make the project stand out from your competition – if the architects or interior designers have the chance to polish it up.

The result is greater certainty for your purchasers and your 3D architectural visualisation team, with the way the renders look based on carefully considered design, rather than abstract ideas. 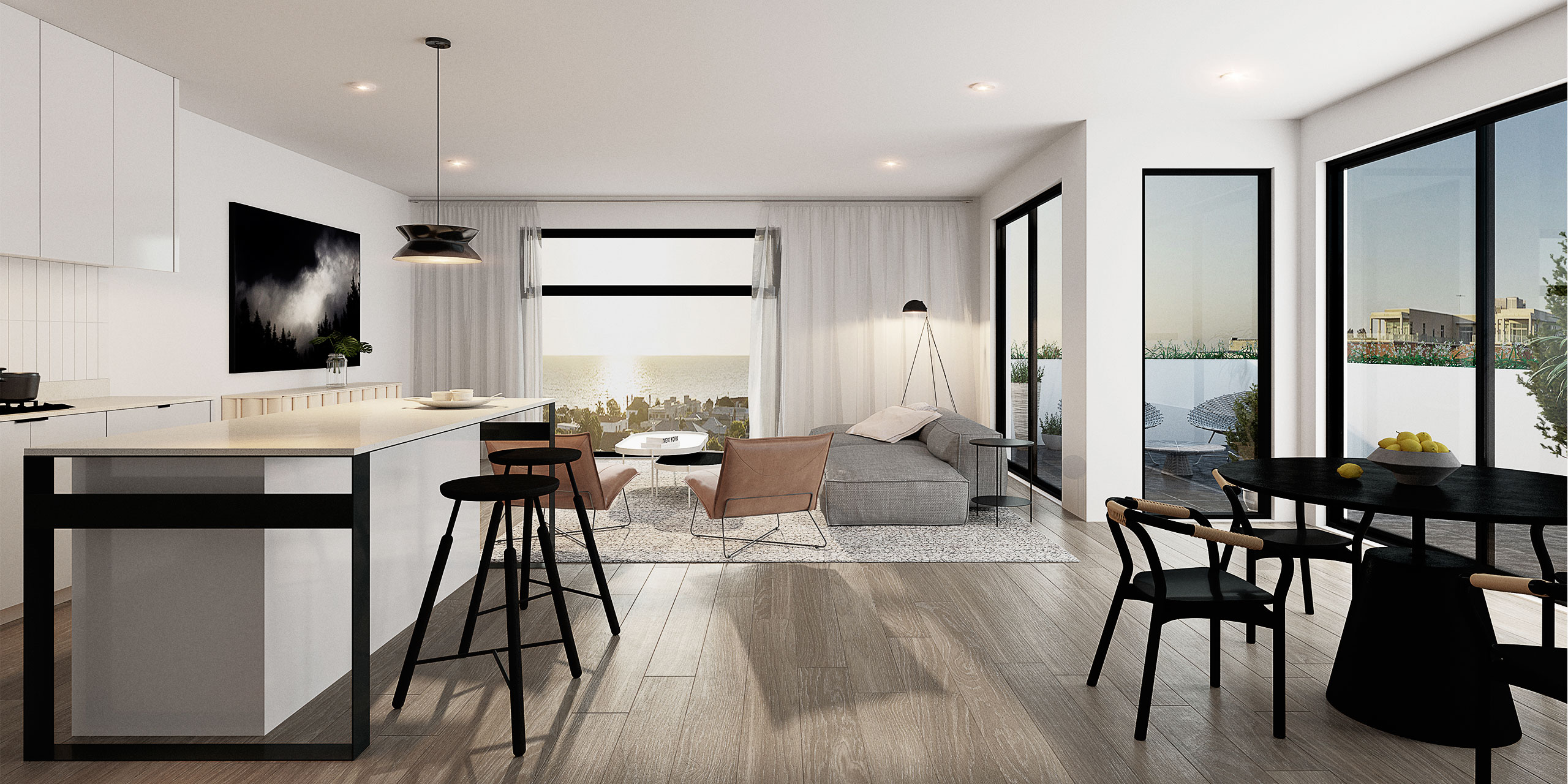 Myth 3 – Show as Much as Possible

There is a tendency amongst some beginner developers to try to fit as much as possible into each image, which often is counterproductive to the objective of what they were trying to achieve. Aside from creating a lot of clutter, it removes the focus on what the image was going to be about.

Each image serves a purpose and has a key focus.

In a world of constant distraction and disruptive marketing, there is a huge trend towards essentialism and minimalism. Top tip? Create a single focus and remove clutter from the images to achieve better “cut-through” and reach.

Beauty in simplicity really is the key to truly effective 3D visuals. 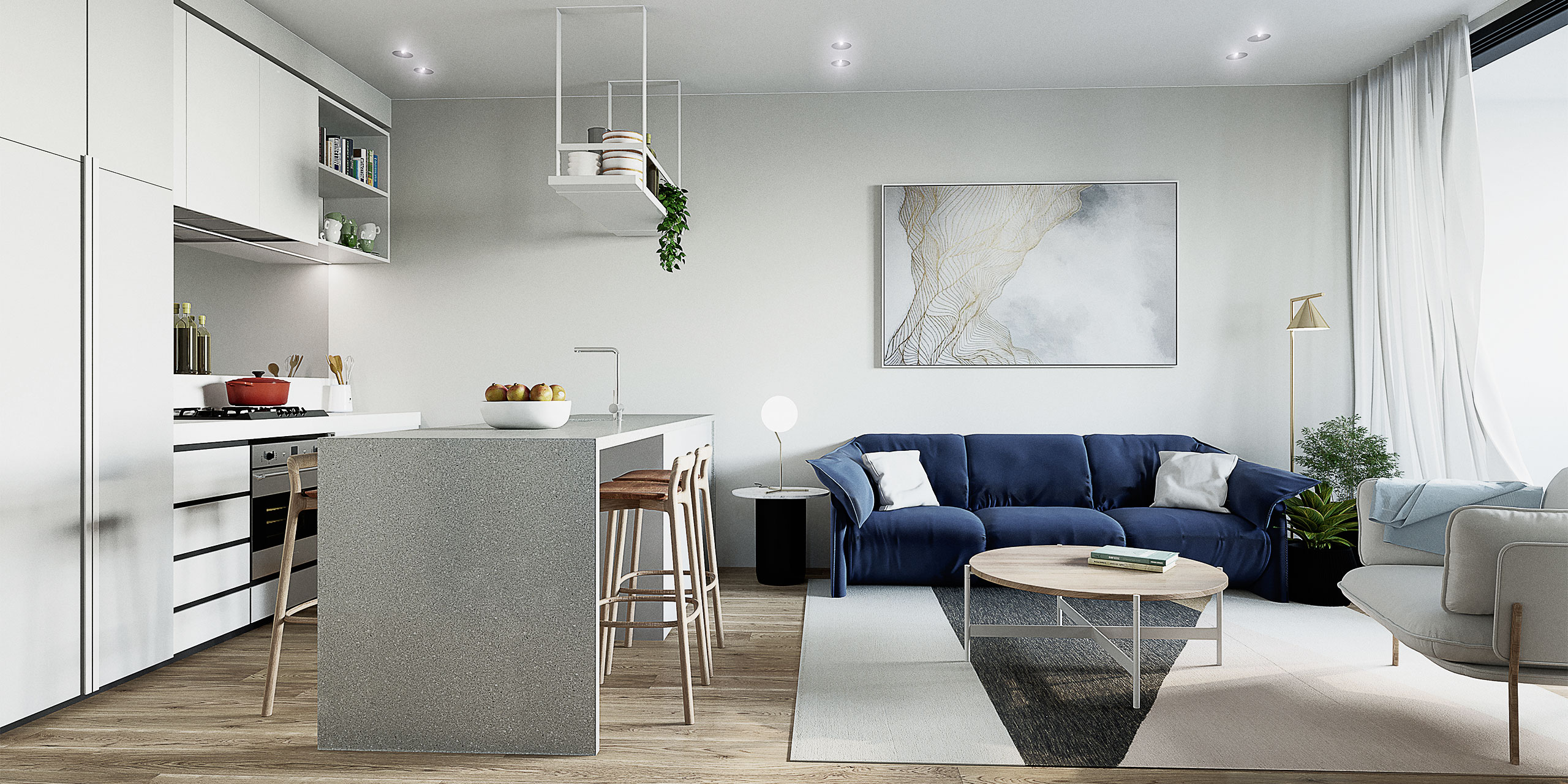 One of the greatest challenges that 3D visualisers face is when there are multiple voices that need to be represented. In every significant project, there are often multiple stakeholders – and they all want to be heard. This, in itself, wouldn’t be so challenging if there is a clear decision on who the ultimate decision-maker is going to be – but, in reality, that rarely happens.

Too many cooks really do spoil the broth and, in our case, those cooks also impact on the clarity around instructions and our realistic time-frames – especially when the varying opinions of different people often conflict with each other.

The mere term ‘architectural visualisation’ implies that the purpose of the images is about the architecture being visualised – however, what we are asked to provide are 3D visuals that are going to market the project effectively, which may not always be about the beauty of the project’s architecture. Lifestyle elements and superficial pops of colour in the 3D images excite the imagination of buyers – and that leads to a boost in potential buyers asking questions.

For the developers to recognise this is quite vital. The next step is to be able to pare down some of the influences that may lead the project away from marketability and towards abstract angles that do present well architecturally, but don’t relate the project to the target buyer market. 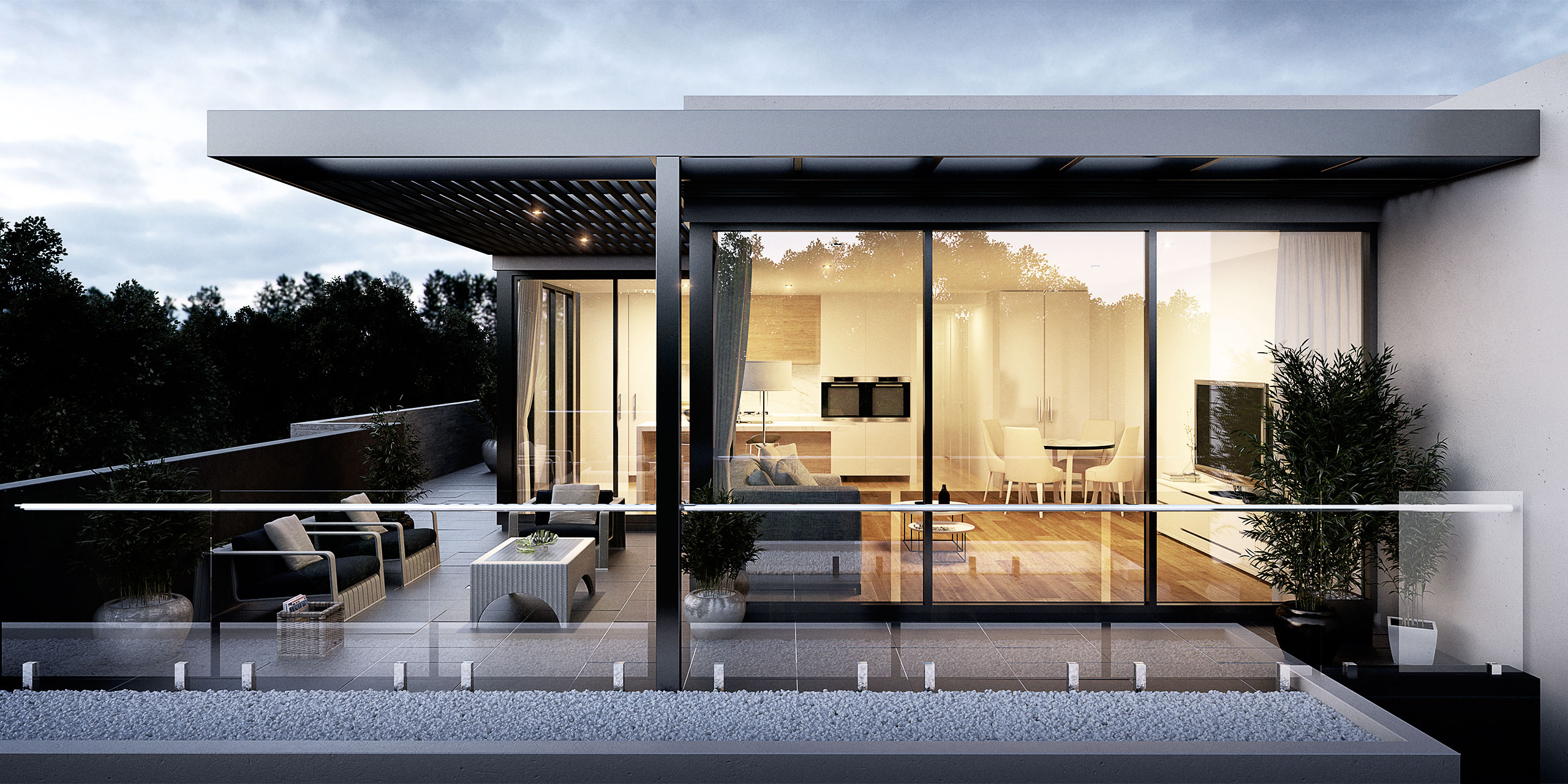 Exciting visions sell projects and 3D architectural visualisation is at the forefront of creativity and ability of developers to communicate their visions to the future residents of communities they are creating.

The common misconception persists that we shouldn’t really reinvent the wheel, and, although that may be relevant in some cases, there are always opportunities to capitalise on uniqueness of projects by treating them with a fresh set of eyes and ideas.

We have found that, by being involved in workshops, we can often offer a new set of eyes to what can be done with the visuals for projects. Our development marketing background gives us a unique ability to connect the visuals that should be created with what the buyers may actually be looking for.

“In a crowded marketplace, fitting in is a failure. In a busy marketplace, not standing out is the same as being invisible.” – Seth Godin, world-renowned marketing authority.

To be the “Purple Cow” that Seth Godin writes about standing out in the crowd is not easy – but with every project it’s a new opportunity to create something unique and interesting to capture your buyers’ imagination. And that opens up wallets and boosts marketing campaigns.

Keep tabs on some of these myths and your projects will go a long way towards receiving the attention they deserve.