Why Do 3D Renders Cost So Much?

In our work, a lot of elements are invisible and when we receive the CAD plans from the architects to create 3D imagery, it almost feels like magic is being done. In fact, it is quite the opposite.

There are specific steps that need to be taken to create life-like looking 3D renders and if they are ignored, with cost-cutting short-cuts that compromise the way the images represent the property development, the ultimate result is not going to create the desired effect of showcasing a quality development – and attracting high quality buyers.

I wanted to go through some of the factors influencing the costs of 3D images and how to understand them from the outsider’s perspective. Ultimately, it’s about making the invisible visible, so that when you engage 3D consultants like ourselves, you will have a high-level understanding of what we need to go through to deliver the enticing, stunning images your development deserves. 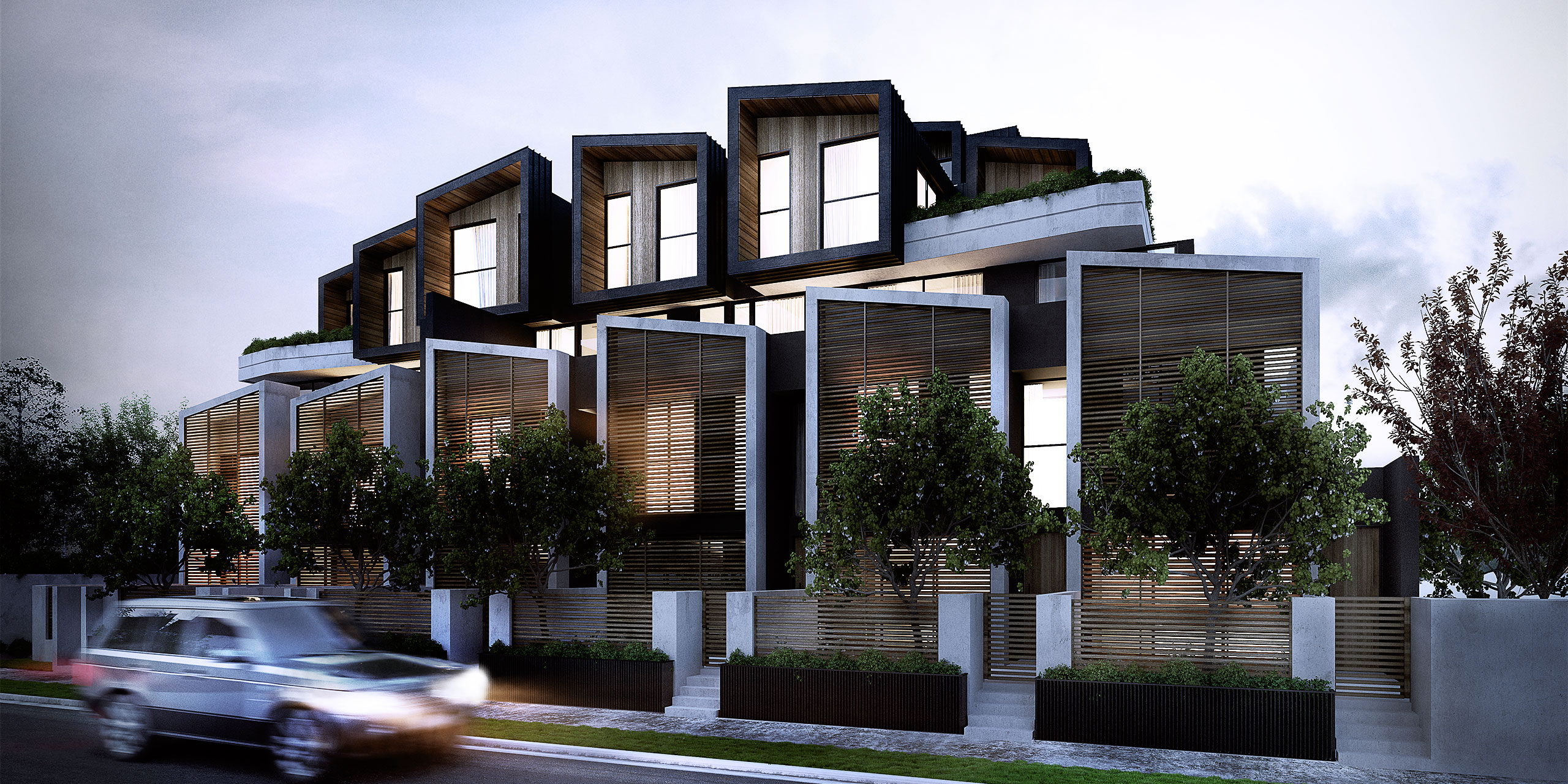 What Goes Into a 3D Render

It’s a question that high-end 3D imagery suppliers in our industry are often asked: Why does a 3D image cost so much when some architectural software can produce 3D representations at the press of a button.

Technology may seem to have made the process easier but it’s important to remember that software alone isn’t going to produce life-like renders, which involve countless hours of modelling, rendering, and post-processing – just some of the steps we go through.

To produce an image as above, we need to take a lot of elements into consideration. Things like lighting, landscaping, textures, and finishes on the façade of the building, right through to art direction, and creating a certain story are all part of creating an image to enhance the sales campaign.

Aside from creative comments from various stakeholders in the project, the architectural integrity of the design needs to be maintained to ensure the accuracy of specification is being represented. This is achieved from both the 3D model that shows the design of the development, through to accurate finishes that need to look life-like – things like timber finishes and lighting effects.

Typically, this time frame can stretch from 2 weeks through to 6, or even 8 weeks and beyond if some of the elements are extremely complicated. During this time, we are constantly working and refining parts of the image, which comes back to the skill of the 3D artists and modellers, rather than the software alone.

So let’s talk about some of the factors and bring to the surface what goes into creating a high-quality 3D image and why they cost thousands of dollars to create.

Having an accurate 3D model of the project is the foundation to high-quality 3D images and to create the 3D model, we typically start with CAD format plans from the architects, or the building designers working on the project.

However, once these plans are received, quite a bit of time is required to go through them and understand what goes where. Although architects may provide us a 3D model from their own software that we can utilise, it is often created for planning application purposes, which is a completely different purpose to our intentions.

A planning application model needs to be fluid and able to be changed on the fly, as required, because a lot of work that’s going into it is conceptual.

So, there are often things in the model, like misaligned surfaces and conflicting 3D objects in places which slow down render times and, as a result, the models need to be optimised first before we can use them for 3D rendering. The fact that we produce renders in a different software to what the architects typically would use for planning and design work is another important thing to realise.

We are often better off starting from scratch, which means that if we are provided 2D flat CAD plans of the project – we can build up the model which will be optimised for 3D rendering without having to fix someone else’s.

However not all CAD plans are created equally either. Some architects have really well done CAD plans and others not so much. In the same way as us having to analyse their 3D models, we undertake a pretty thorough review of the CAD plans to feel out how well the floorplans are aligned to the CAD elevations or if misalignments come up because of incomplete architectural plans.

Errors can then compound considerably as it’s a domino effect and there’s really no other way around, but to follow through the overall process and take it one step at a time.

Factor 2 – 3D Model of the Project 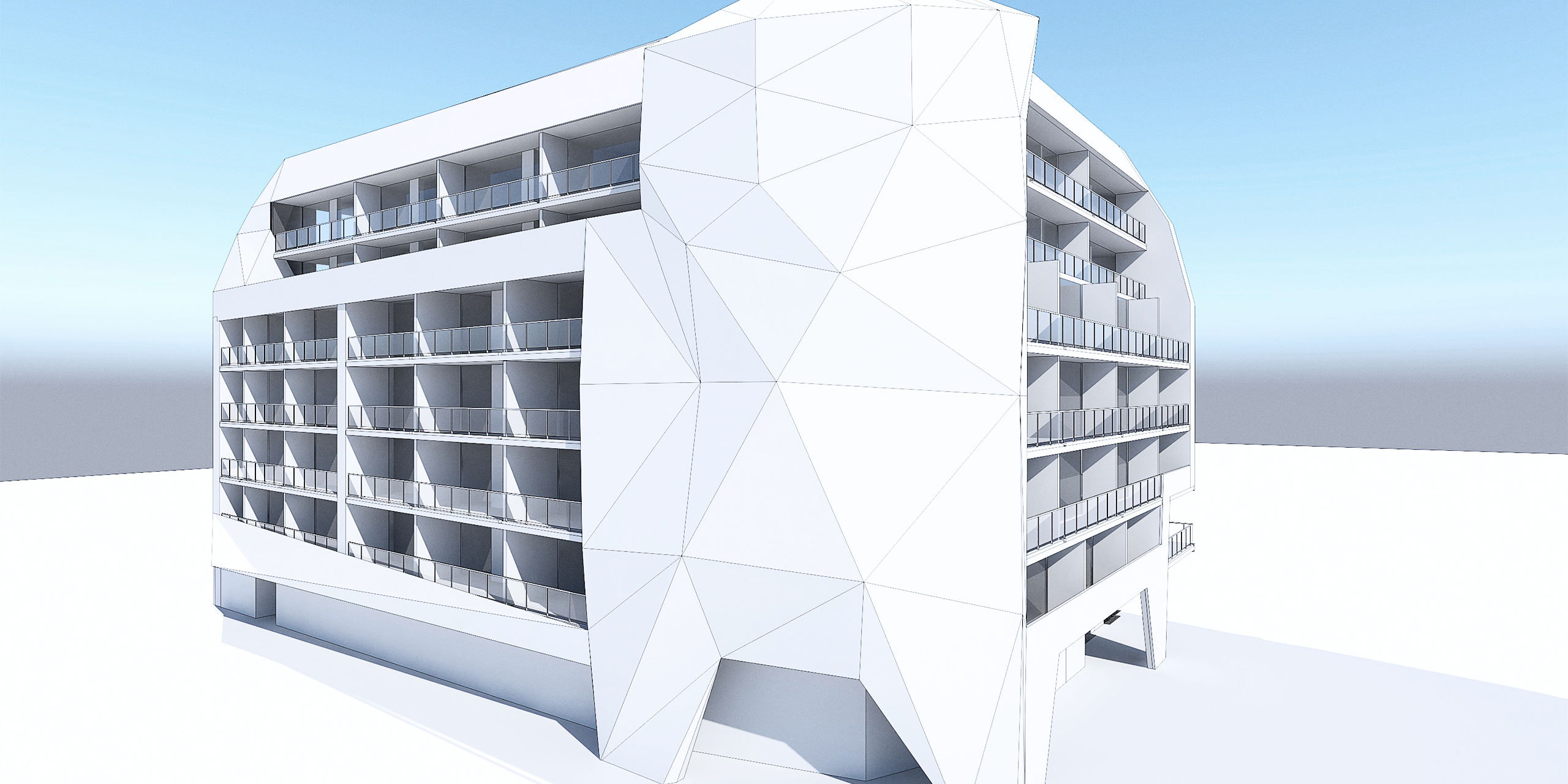 Building a high-quality 3D model is its own process, which takes some time. From complex aerial scenes through to simple double-story townhouses – every project is unique and has its own intricacies.

In this step, we need to really think about the ultimate application of the model – which angle will it be seen from, how is the surrounding environment is going to affect it with the terrain and other street elements?

Based on all of the above – some parts of the model can be simplified and other parts need to be very highly detailed to ensure accuracy and photo-realism. Simple things like break lines in concrete footpaths bring up the realism of the image because this is how the real-life concrete would be, rather than one solid piece of texture. 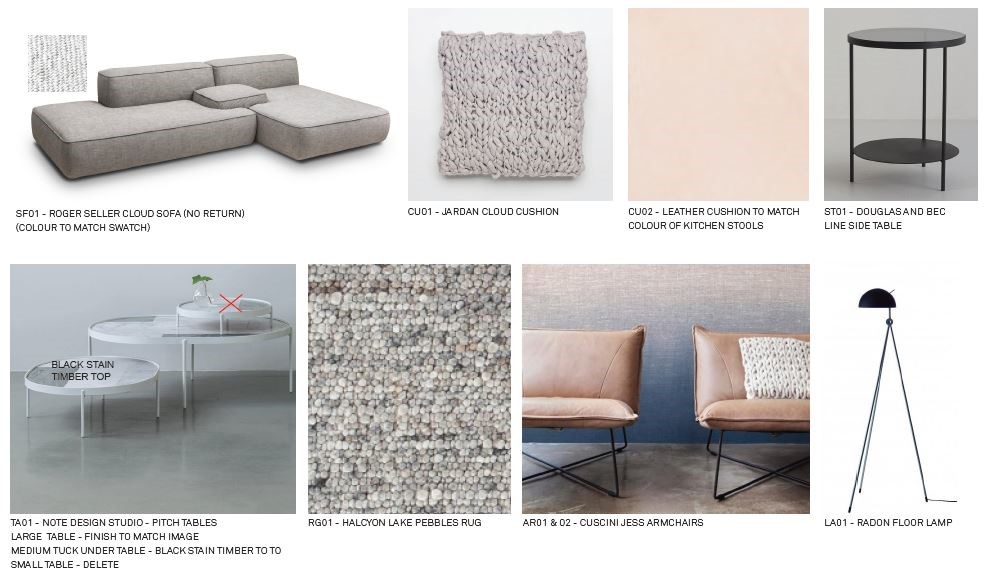 One of the most important factors in high-quality 3D renders is sophisticated furniture selection to align with the interior design intent for the project.

Having discussed this in the past, in articles like How to Achieve the “Vogue” Look in 3D Visuals, we feel it is quite vital to have specialist input on furniture selection to avoid multiple revisions of the image, which often ends up leading to frustration on all sides and time delays to marketing campaigns.

We work with a range of award-winning interior designers to review and understand the specification of the project, in order to select and prepare style guides for images to allow our clients to review what will appear in the 3D images, so there are no surprises and missed deadlines. 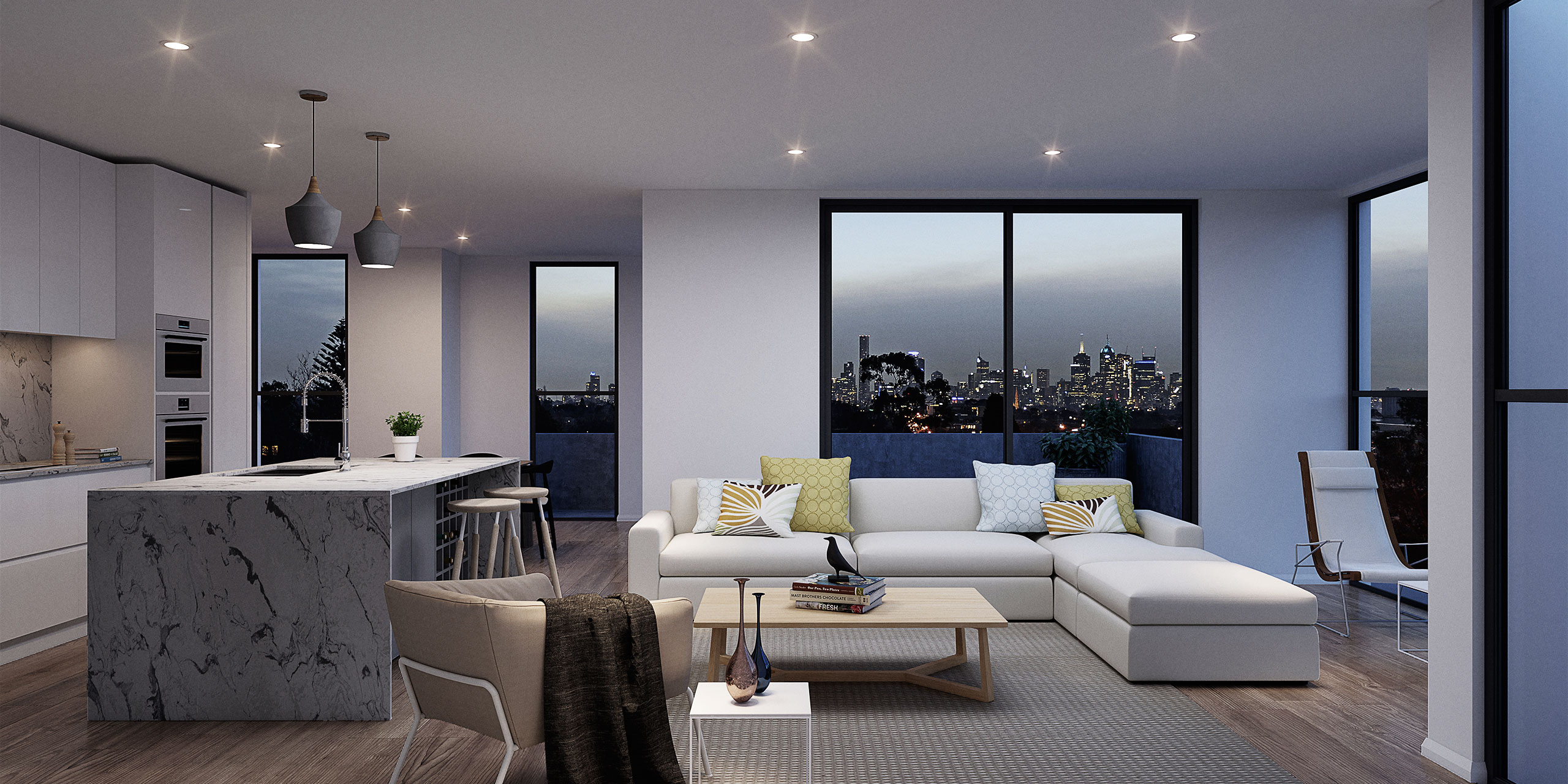 If the Pareto principle applied to 3D imagery – then this would probably be it. Out of all the factors – this one has the most effect on how well the 3D render will turn out.

Experienced and highly creative art directors can take the most inexperienced modeling and rendering team and produce spectacular results, because, ultimately, the image is about telling a story and having a function to each item within the image to align to the branding and the overall creative direction.

This is a really difficult one to ascertain from the suppliers, as a track record alone is not enough. Asking questions to reveal whether your 3D consultants are prepared to push the boundaries of images with different camera angles or change traditional lighting set-ups, could be a positive way to bring something new and different to the page. Things like this show confidence in the ability and, as long as the suggestions are not completely outlandish, could be an indicator of the level of creativity and ability in art direction for the images. 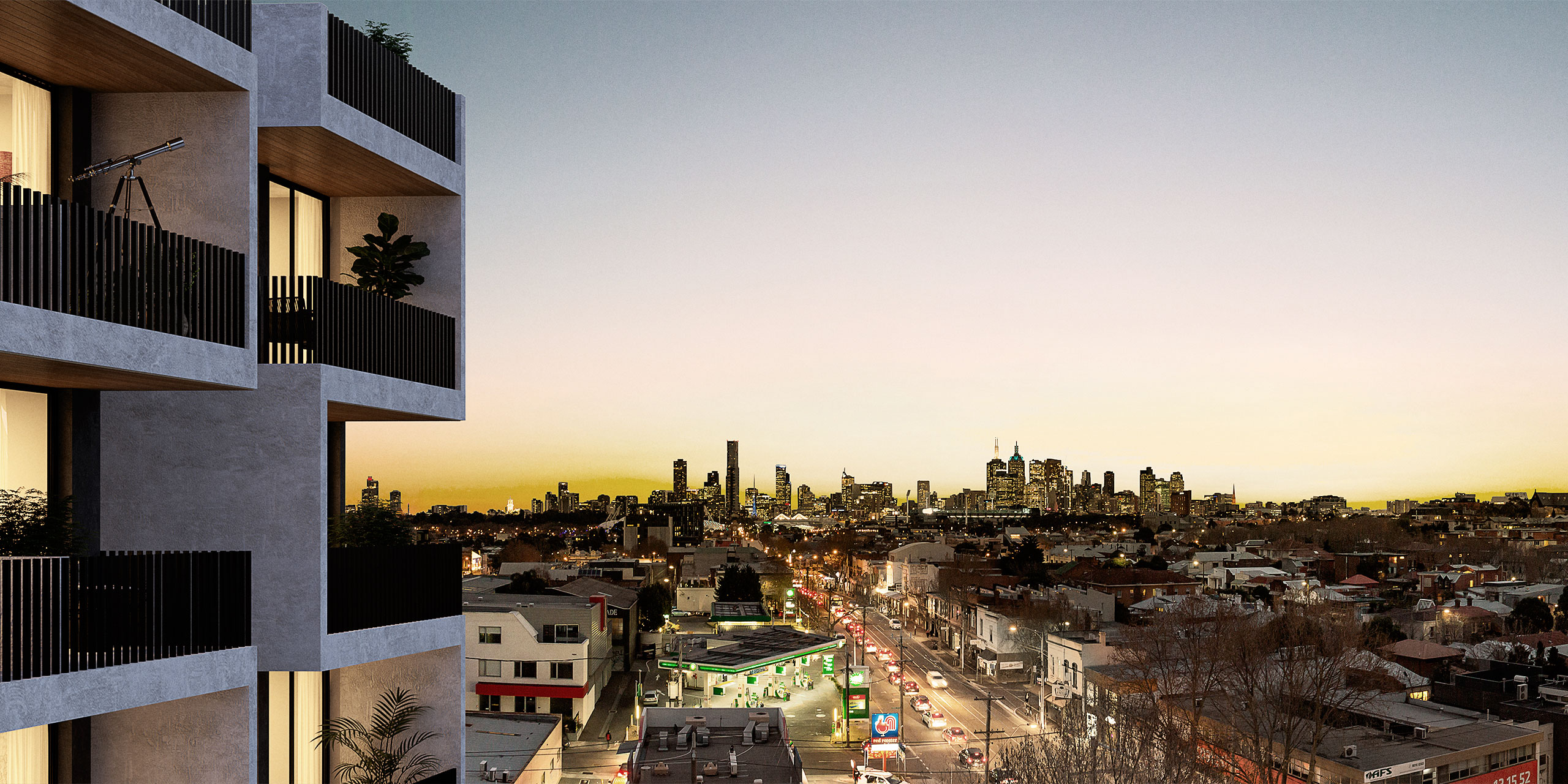 As I mentioned earlier, the output from 3D software versus a marketing 3D render is quite different. Either 3D artists do this or some studios engage specialist photo-retouching painters to post-process the 3D renders to achieve life-like qualities.

Some textures and lighting effects can be set up inside the 3D software, however, other finer details are much easier to process directly on the image.

This is the ultimate realm of creativity and can take countless hours in adjusting small regions in images – bringing up or paring down colours, enhancing details, and adding to the 3D images.

The overall process can be quite intricate and every 3D studio will have a slightly different approach, but, underneath it all, the 5 factors listed above are the most important things to keep in mind to deliver a high-end 3D visual.

Hopefully, from the brief discussion above, you now have a better understanding of what goes on when you, as the client, provide them the brief and initial information to get them started on the 3D renders.

Feel free to get in touch with us if you have any questions or comments.