To Add or Not to Add People to 3D Renders?

One of the stickiest points when it comes to finalising 3D imagery for marketing projects off-the-plans is a question that comes up again and again: “Can you put people in the image?”

The question is not about whether we can or not – but I feel the question should be posed more like this: “Do people in 3D imagery add or detract from the effectiveness of the image?”

There are a number of pros and cons to adding people to virtual imagery. Quality counts and if the people are not added well, they are often the fastest giveaway that the image is a 3D render, rather than what may appear to be a real-life photo. But, the risk of choosing not to put people in the 3D render is that the image loses an important element of life and activity that helps potential buyers imagine their own lives in the property.

The technical nature of adding people is quite straightforward. An artist needs to either obtain a 3D model of a person which is “rigged” (meaning that arms and legs can be manipulated as required), or a 2D cut-out of a person (which basically means that it’s a person that has been cut-out from a high resolution photo).

In the case of a 3D model, that basically gets added within the 3D scene and is rendered out, all together, in the environment. If, on the other hand, it’s a 2D cut-out, that is added at the post-processing and finishing stage of the CGI render within Photoshop, or similar, and is blended into the scene by a photo retouching or finishing artist.

Ultimately, however, it comes down to the intent and art direction of the 3D visual and what the project is going to represent to the potential buyers viewing the image or stakeholders involved in the project. With this in mind, there are a number of elements that are important to discuss, which may influence the decision about including people in 3D renders…or not.

3 Key Benefits of Having People in 3D Renders

One of the biggest benefits of placing either 2D or 3D people into images is the ability to show the scale of the overall image. Often, to our eyes, the overall image is quite difficult to understand without having some obvious objects like ‘typical’ people to help put things in perspective.

Because we subconsciously know what their scale should be, we can relate to the overall image better and visualise it as a real space.

In the image above, carefully placed people allow the viewer space to place themselves into the image and imagine themselves enjoying the carefree beach resort holiday. And without people in the image? It would look quite barren and strange, as if there is no one around – not an enticing destination.

Life and Motion in 3D Visuals

Using an image that obviously should have life and activity during the time of day depicted, and not having people represented can make the viewer feel that there is something wrong – something unsettling – about the image.

And whether they would consciously realise what is missing in the picture or not – they would still feel that something is lacking and that reality, more likely than not, will detract from the effectiveness of the 3D render.

So being able to show life and activity through having people within the 3D image becomes quite important if the intent of the image is to showcase what it’s going to feel like when the development is complete.

The image above was produced for a shopping centre leasing campaign and we were actually asked to remove some of the better-looking people in the image by the developers because they felt that it was not representative of the local area’s demographic.

If the ultimate intent of the image is to allow locals to connect and relate to the environment depicted – then by being able to showcase a closer fitting demographic within those 3D visuals will make those images much more effective and likely produce better results.

3 Key Challenges in Having People within 3D Renders

One of the biggest challenges that comes up in adding people whether they are 3D models or 2D cut-outs is to blend them accurately into the 3D render.

There are a lot of physical elements, such as lighting, clothes textures, shadows, environment reflections and a variety of other natural factors, which affect how people look in real photos. To replicate this within the 3D image, especially if the person to be placed is close to the camera, is extremely complicated.

And as you can see from the image above, having the person in the water really starts to give it away that, overall, it’s a CGI visual rather than something photorealistic that could be mistaken for a real photo.

This is one of the main reasons why we recommend to stay away from adding people to residential interior renders – as, not only do people take up quite a bit of space in the image if added, but, more importantly, if not done well, it’s the quickest way to disclose that it’s a CGI representation of the project. 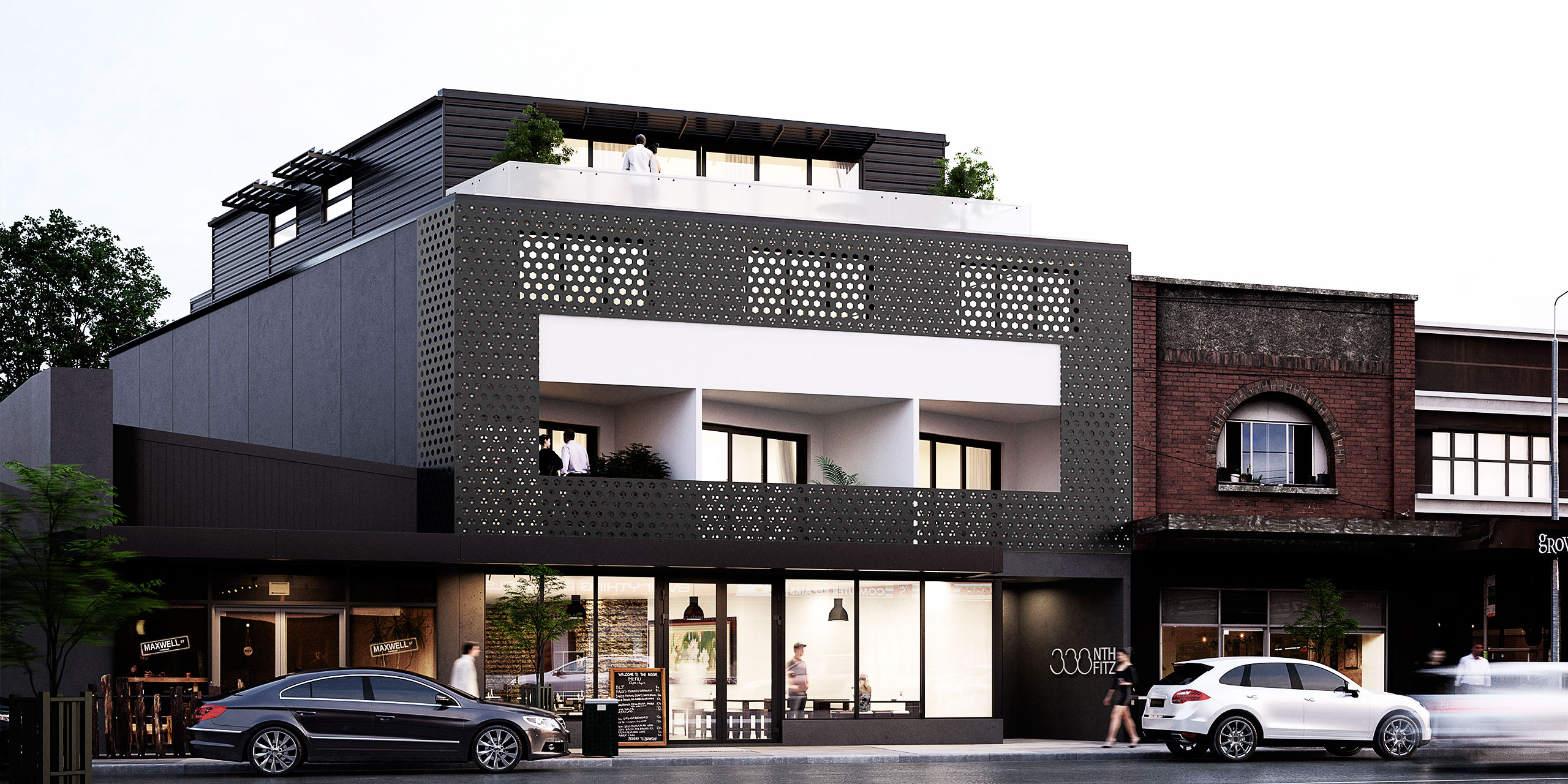 Streetscape images allow a lot more room for inaccuracy, rather than images of developments up close. And if the environment that the 3D artists are trying to represent is less urban or very specific in its nature – then getting 3D models or 2D cut-outs of people dressed in the right kind of clothing is going to be quite tricky.

Imagine if the client for the image above requested people to be added to the environment – it would be nearly impossible, unless a custom model was developed, which adds a lot more to both the budget of the image and the timeframe.

In that case – an actual male or female model is hired, dressed in the appropriate attire and photographed against a green screen in the lighting set-up, as per the CGI render, and then placed in. And for some projects this is by far the best way to go about it – however, 90% of projects don’t need anywhere near this kind of attention.

In the world of 3D imagery and working with multiple stakeholders on large projects – often timeframes are stretched through various revisions or changes through the nature of the image. And as much as people may seem like a small adjustment – they create a lot of painstaking time and effort in matching the correct ones in and then blending them into the scene.

Then, if the 3D artist is unable to get the right one, the entire process is nearly started from scratch, which becomes quite frustrating on all sides. So unless a lot of extra time and multiple changes are accounted for at the outset of the project, having people in the 3D render adds the variables that can go potentially “wrong” and not necessarily add that much more effect – even if the people are added well.

There is no clear choice to the decision of adding people into marketing 3D renders and a lot of the time it does come down to the developer, who is the ultimate decision-maker about this process. It is also up to the project team and their expertise in advising the developer about the value or effectiveness of this decision either way.

There is an added complication by electing to add people to the scenes, however, in some cases – as discussed above – not showing people creates its own challenges and potentially can detract from the efficacy of the 3D representation. It comes down to a careful and strategic consideration of each image to be produced for the marketing campaign and deciding on a case-by-case basis.