Japanese Architecture – A Deep Respect to Its Heritage

A couple of months ago, I went on a trip to Japan. Japan is one of the most unique countries in the world in many aspects, from its lush natural landscapes and futuristic cities to its people, history and culture. When I first visited it in 2010, I was overwhelmed because I never expected it to be so foreign and so unlike any other country I had visited. The scenery of a (previously) monocultural nation was so distinct, and I was all the more keen to check out its architecture and its streetscapes.

Japan’s old traditions still remain largely intact in modern Japanese society, celebrated with much enthusiasm and a great sense of cultural pride and respect. One of my reasons for visiting in the summer were for the traditional festivals, where there would not only be temple fairs with great food and games, but the locals would also come out in beautiful summer yukata to go about their daily activities.

The architecture in Japan has a crispness to it that not many other countries are able to achieve, especially in the older, historical structures. However I don’t think this is completely attributed to the high level of design and craftsmanship, rather it is also very much to do with the deep respect the people have for their land and their heritage. 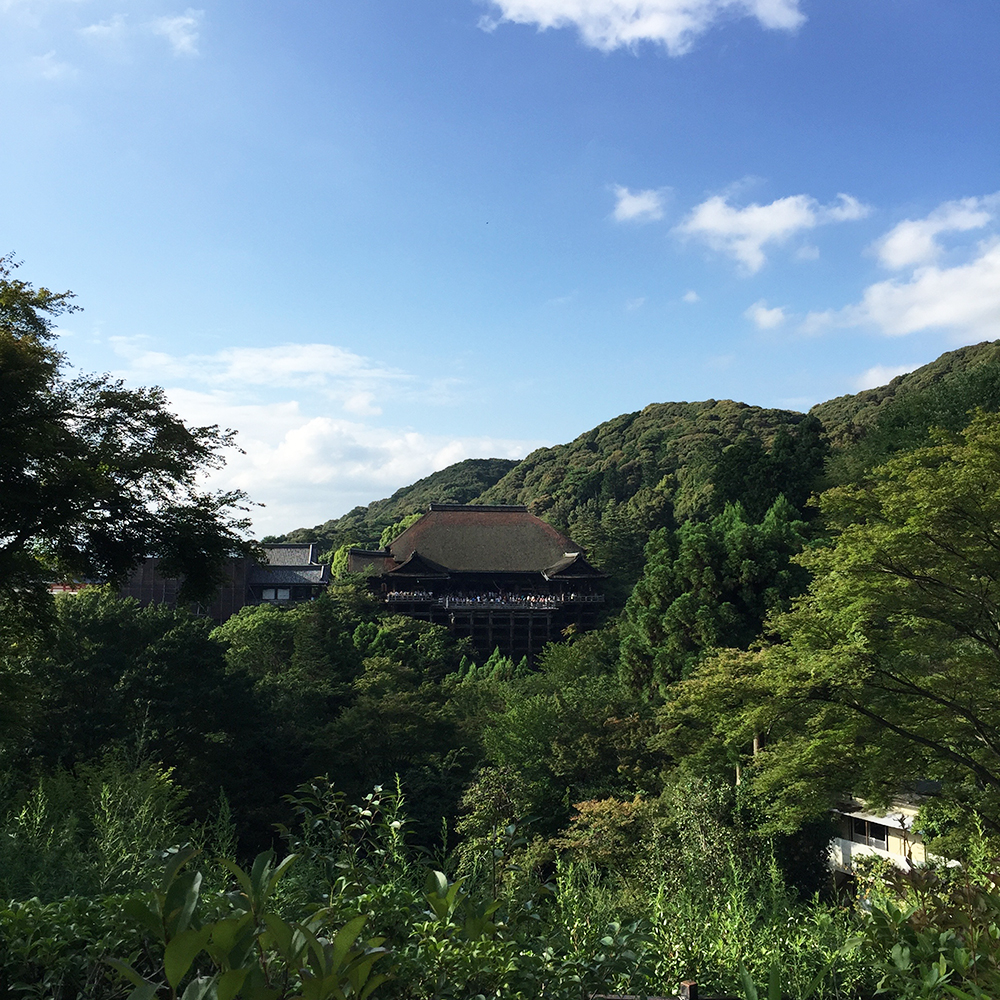 Kiyou-mizu dera, a temple built as a theatre for the Gods. Facing outwards into nature, performances are still held regularly, but visitors only get a back view. 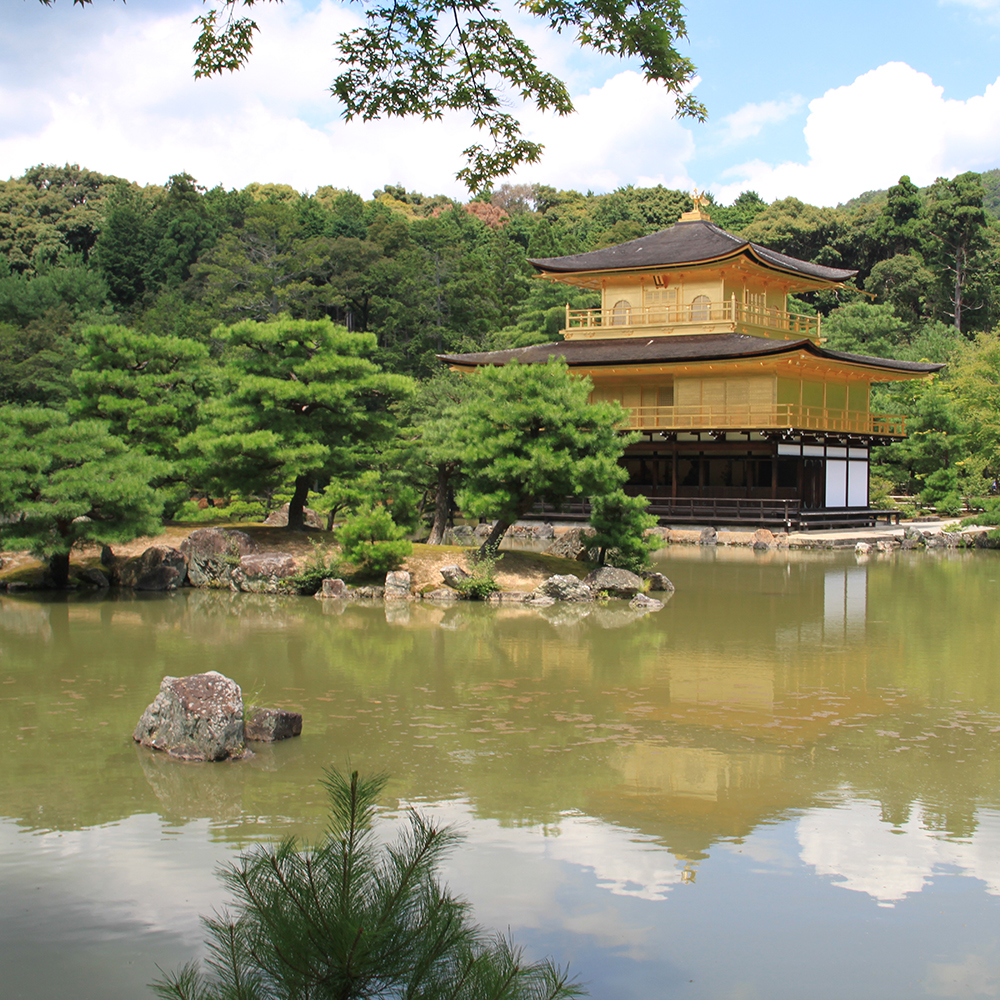 Kinkakuji, a world heritage temple in Kyoto famous for being coated in pure gold leaf. 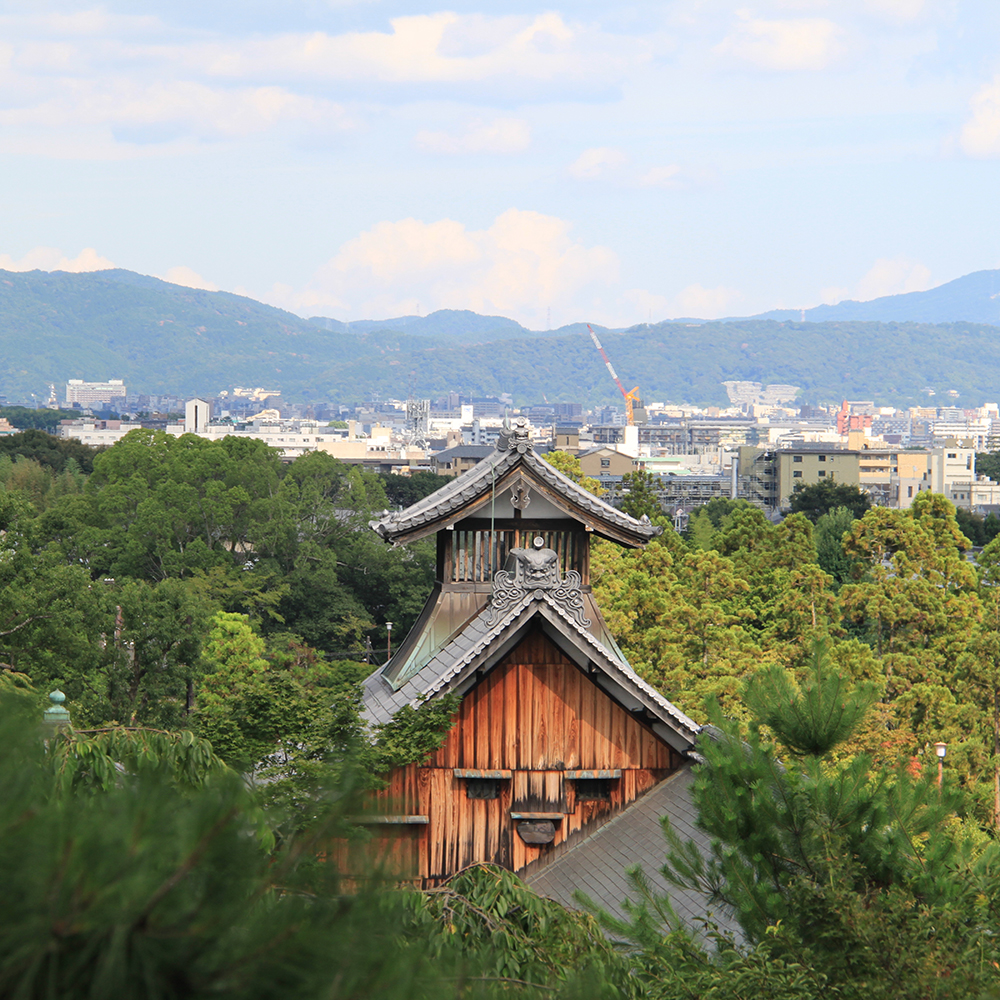 Maintenance and weathering are two very different things. Allowing nature and time to leave its mark on the building is what sets Japanese architecture apart from the rest of the world. 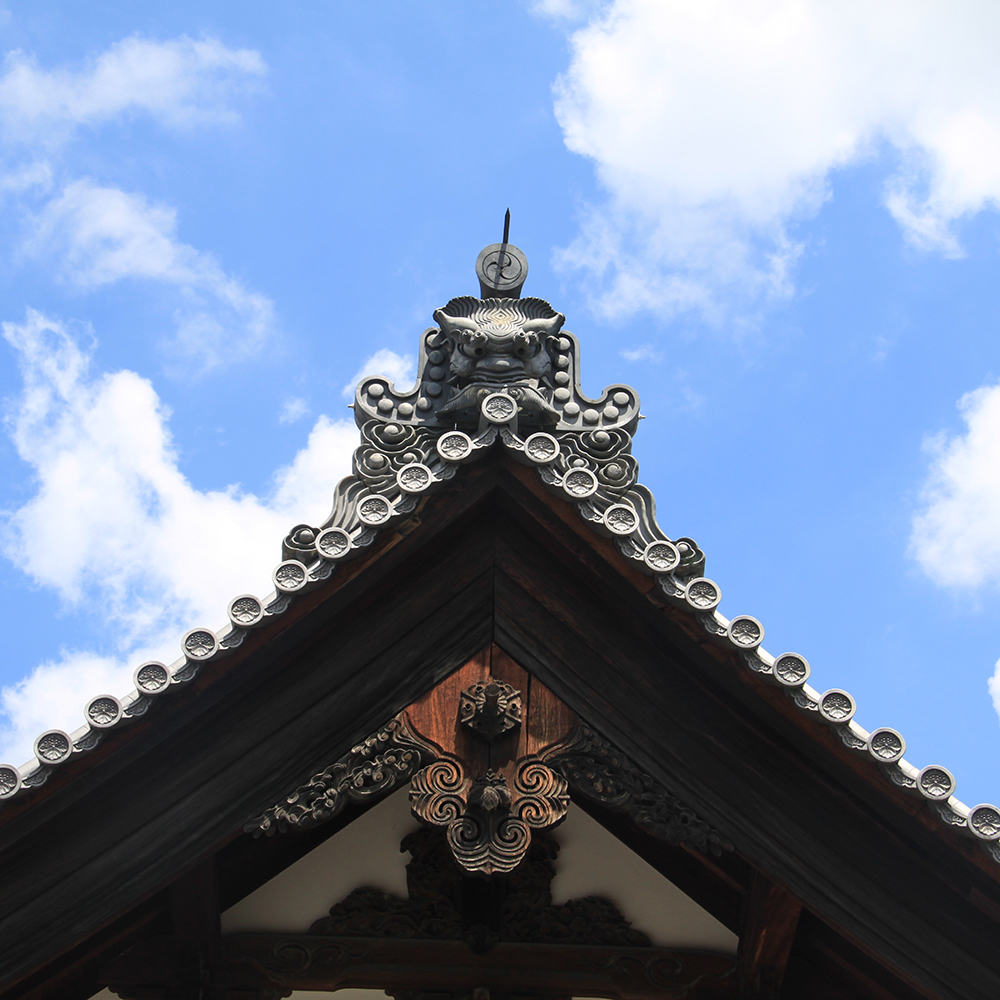 A crisp detail under a crisp atmosphere. Japan is without a doubt one of the most photogenic destinations in the world. 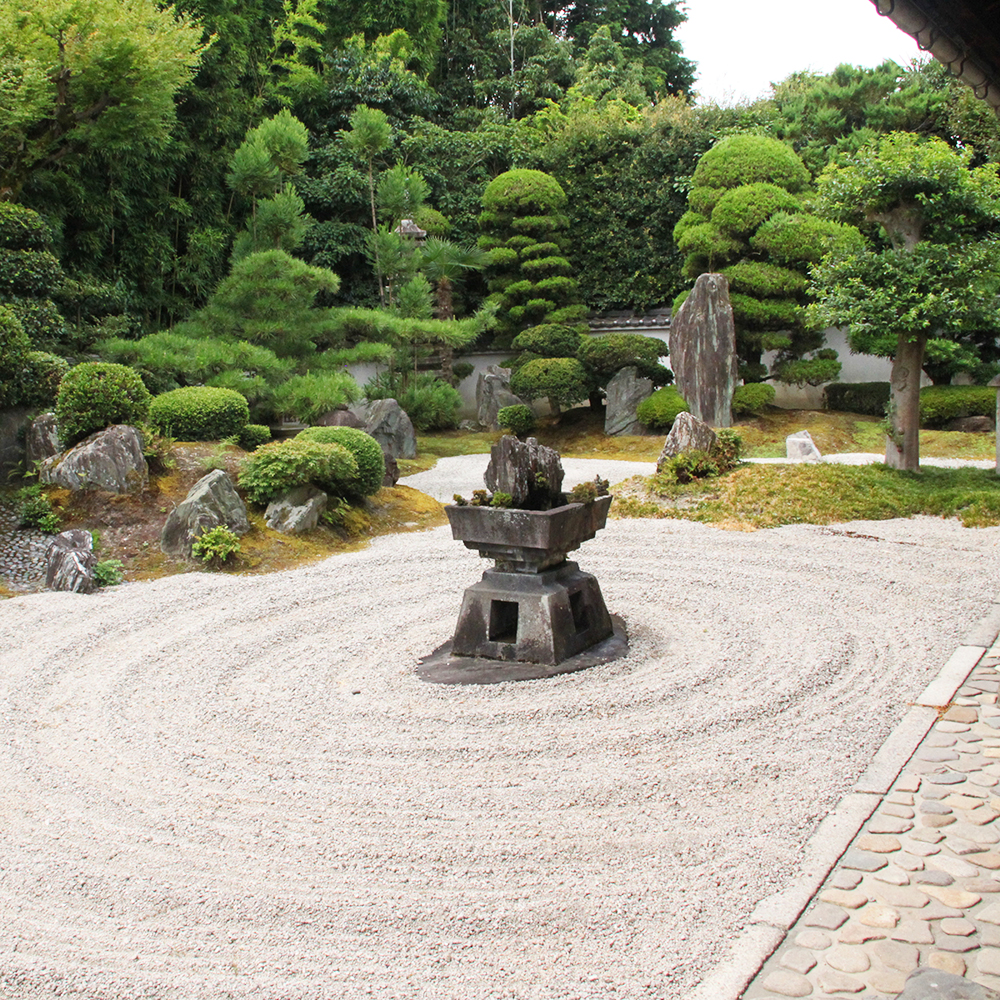 Sand gardens in Kyoto are a huge privilege to see. They are sculpted everyday by temple workers. 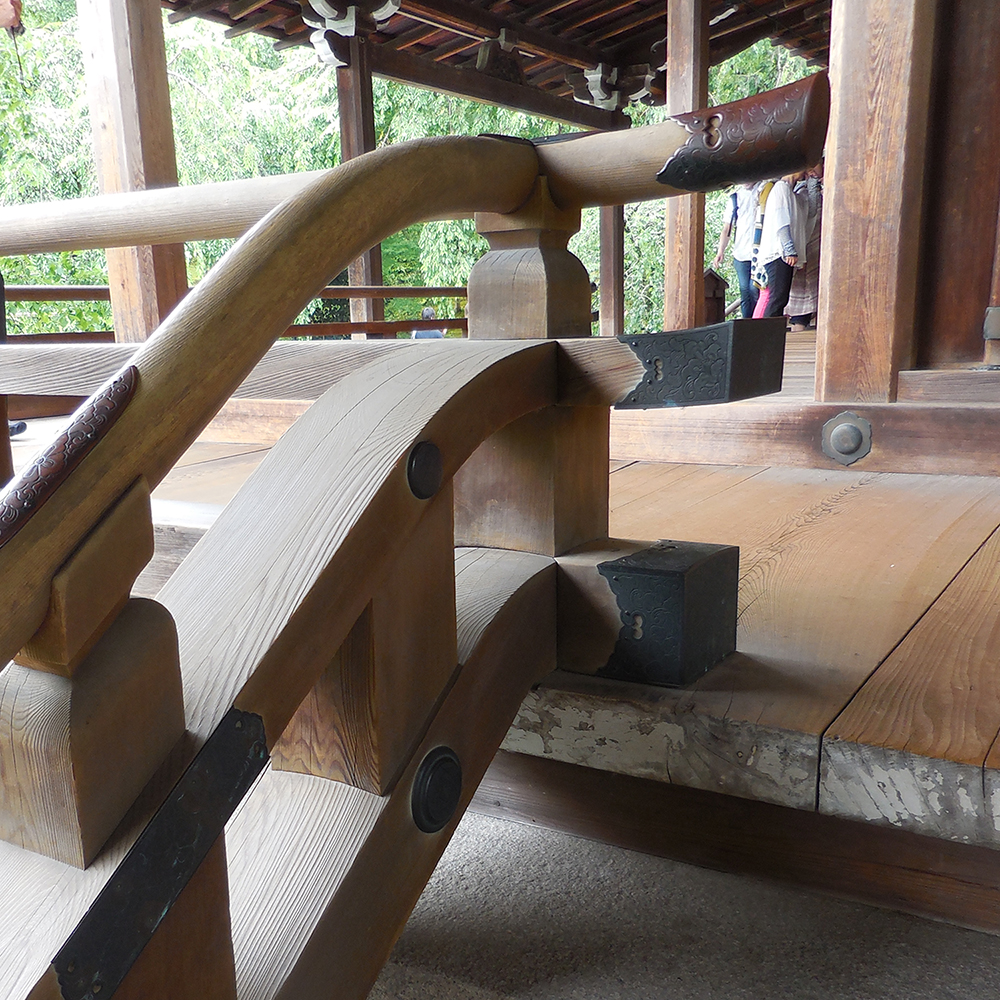 Being able to curve wood to this degree of accuracy is an excruciatingly difficult task due to the timber’s natural tendency to warp. 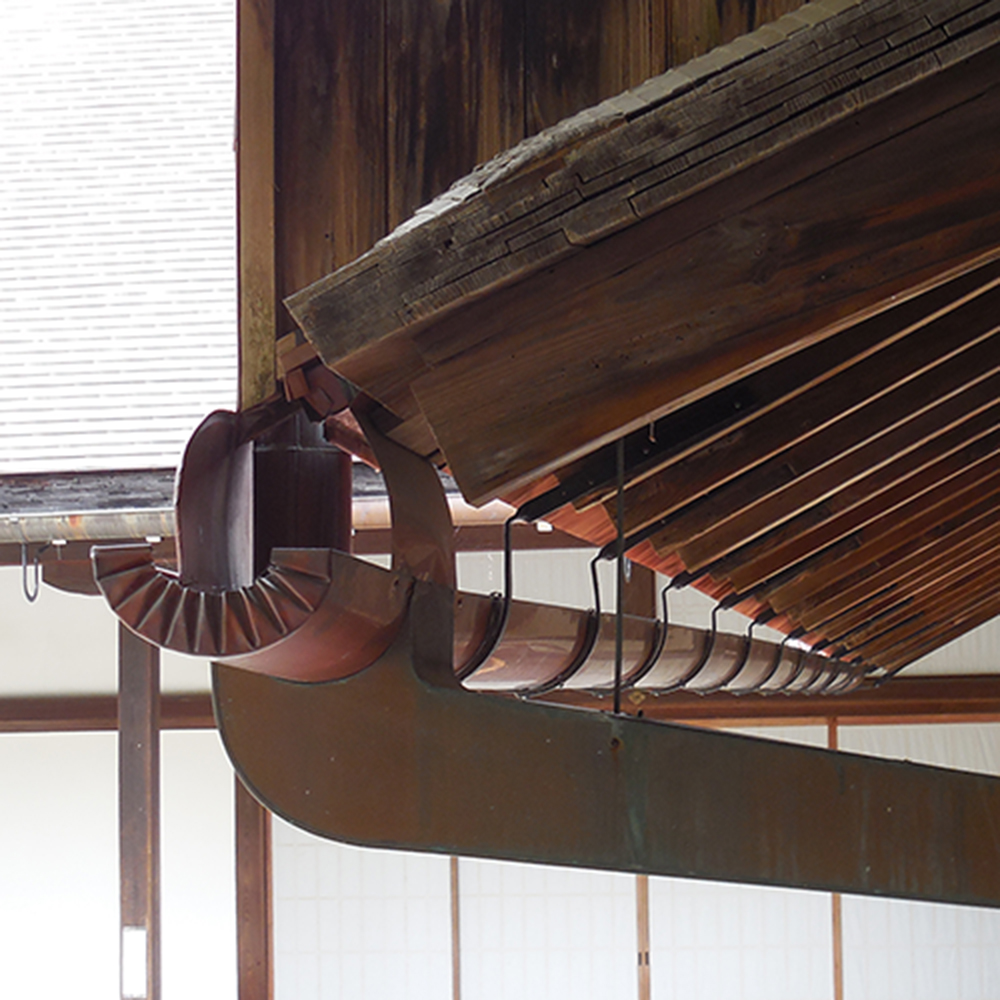 Few visitors actually fail to notice the care and effort put into giving the service components an aesthetic as well. 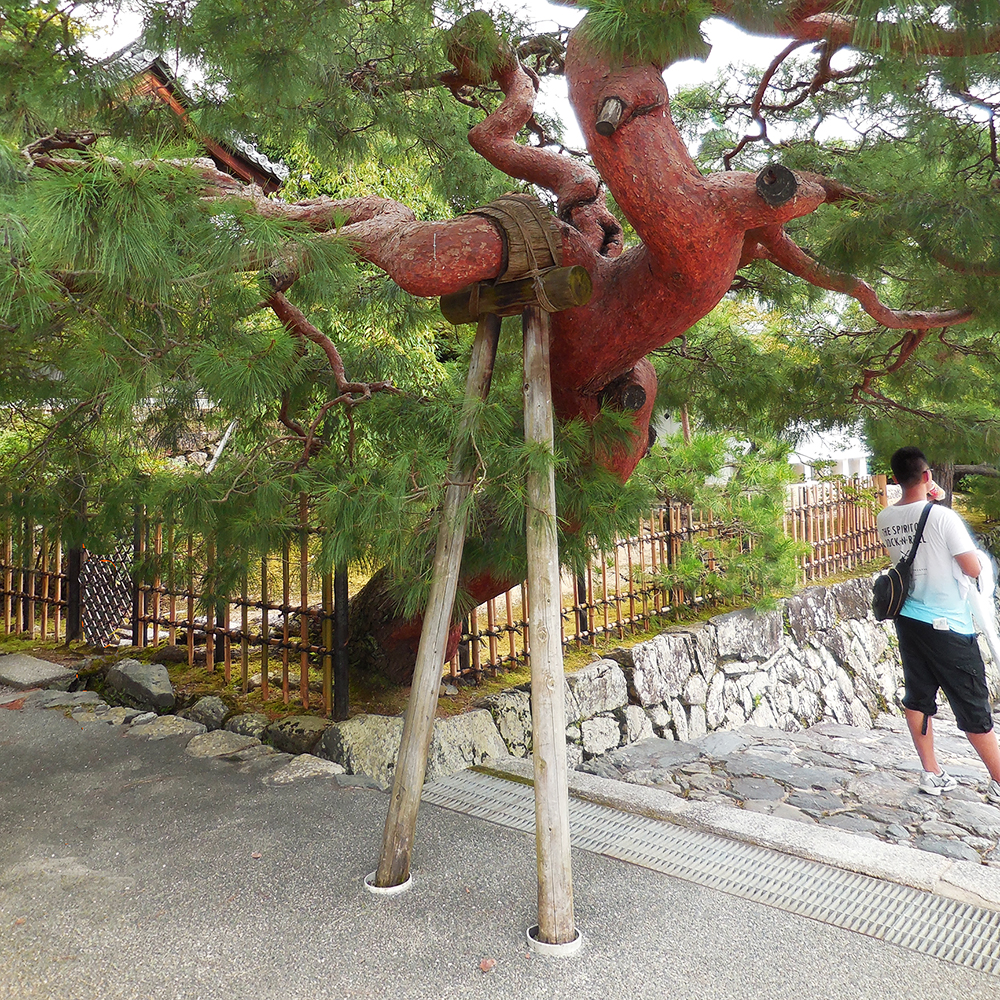 Kyoto is littered with centuries-old trees that continue to give character to the ancient city and its buildings. 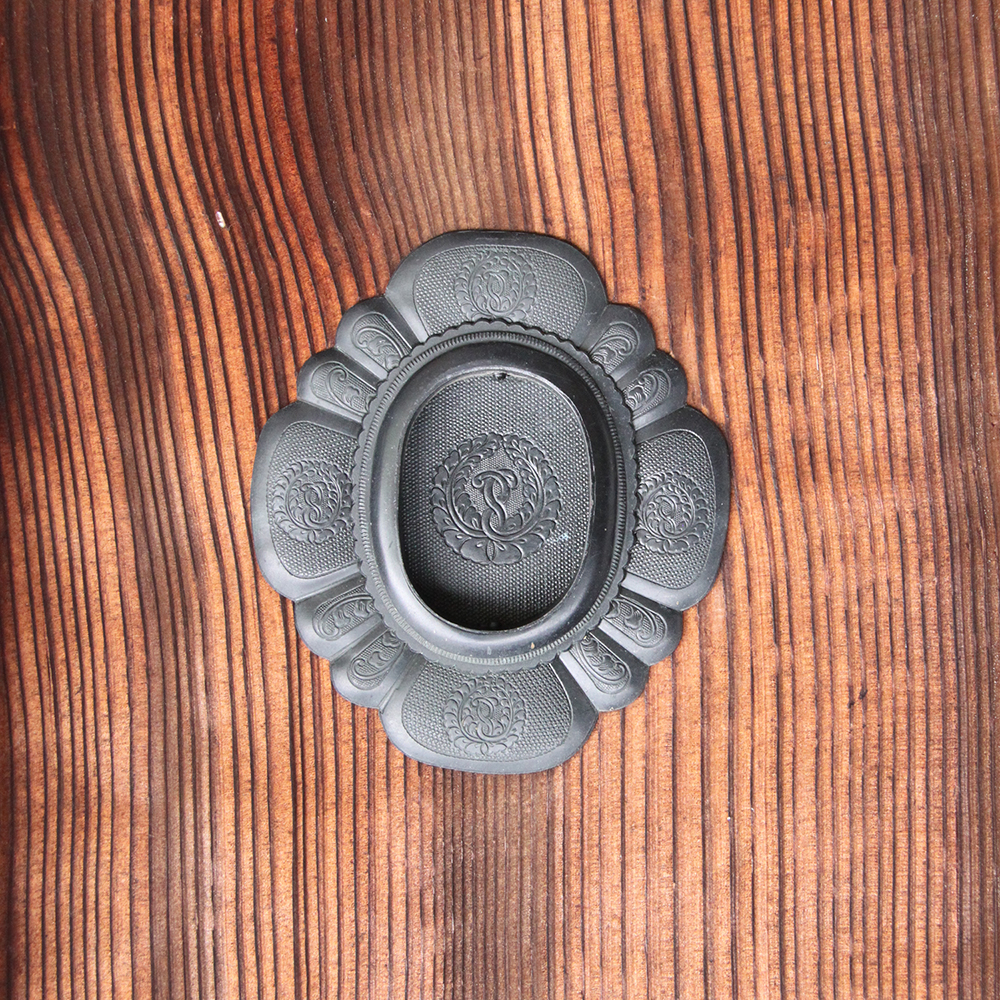 It was interesting to see how the Japanese played with the natural properties of the materials they were using…. 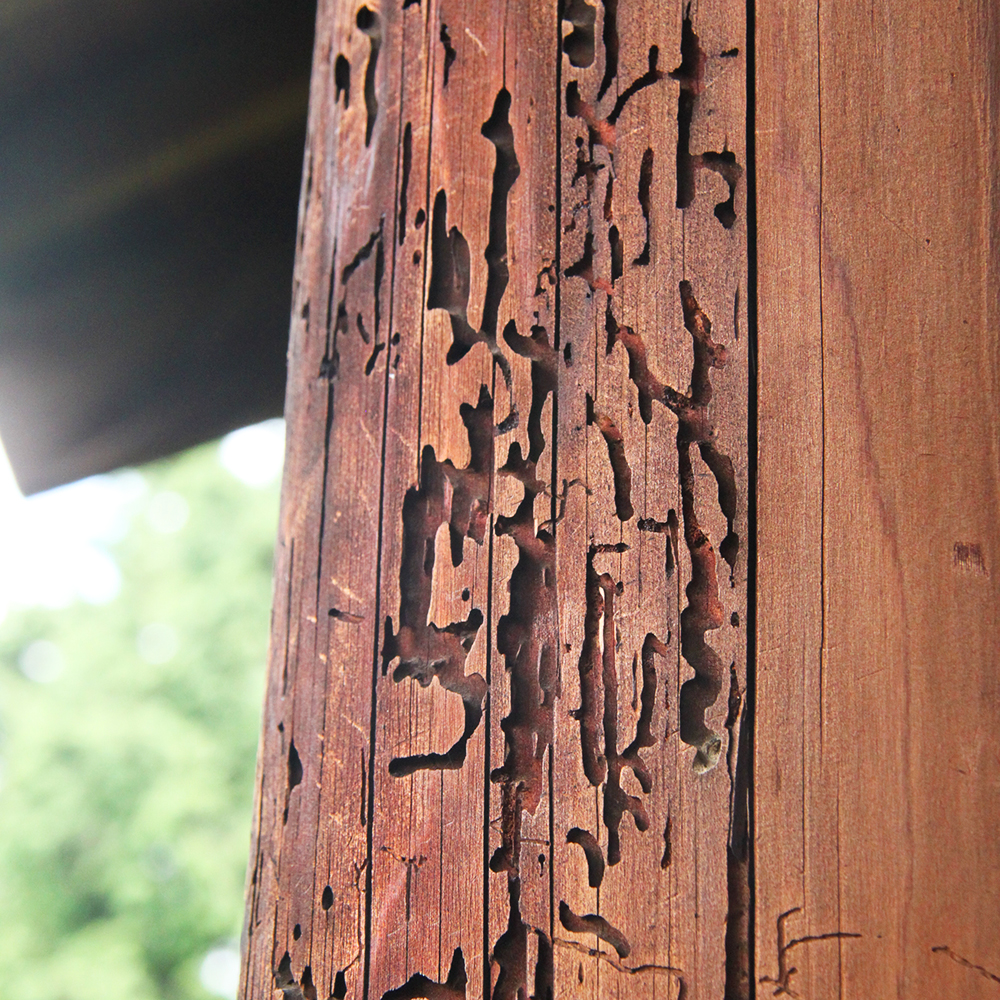 … also how some details were allowed to manifest in the buildings themselves, in their own time.

Perhaps the most curious part of it all for me was to see how Japan with its deep cultural roots are merging with global cultures and influences. My interest in this grew after reading a short essay written by a Japanese author, Junichiro Tanizaki in the Meiji era (mid-1800s) when Japan had opened its doors to the outside world for the first time. It reflects on the discomfort he felt about the sacrifice of pure Japanese aesthetic in progressing with technology into modernisation. Tanizaki goes on to make some very valid observations about the nature of light and dark, and the western cultures’ love for white, bright and shiny things compared to the orient’s love for darkness, subtlety and antiquity. His musings often debated against the notion of external influence and can be recognised in some excerpts below:

“… a man who has a family and lives in the city cannot turn his back on the necessities of modern life – heating, electric lights, sanitary facilities – merely for the sake of doing things the Japanese way. The purist may rack his brain over the placement of a single telephone, hiding it behind the staircase or in a corner of the hallway, wherever he thinks it will least offend the eye. He may bury the wires rather than hang them in the garden, hide the switches in a closet or cupboard, run the cords behind a folding screen. Yet for all his ingenuity, his efforts often impress us as nervous, fussy, excessively contrived. For so accustomed are we to electric lights that the sight of a naked bulb beneath an ordinary milk glass shade seems simpler and more natural than any gratuitous attempt to hide it.”

“The Westerner has been able to move forward in ordered steps, while we have met superior civilization and have had to surrender to it, and we have had to leave a road we have followed for thousands of years. The missteps and inconveniences this has caused have, I think, been many. If we had been left alone we might not be much further now in a material way than we were five hundred years ago. Even now in the Indian and Chinese countryside life, no doubt goes on much as it did when Buddha and Confucius were alive. But we would have gone only in a direction that suited us. We would have gone ahead very slowly, and yet it is not impossible that we would one day have discovered our own substitute for the trolley, the radio, the airplane of today. Thery would have been no borrowed gadgets, they would have been the tools of our own culture, suited to us.’

– Junichiro Tanizaki, In Praise of Shadows 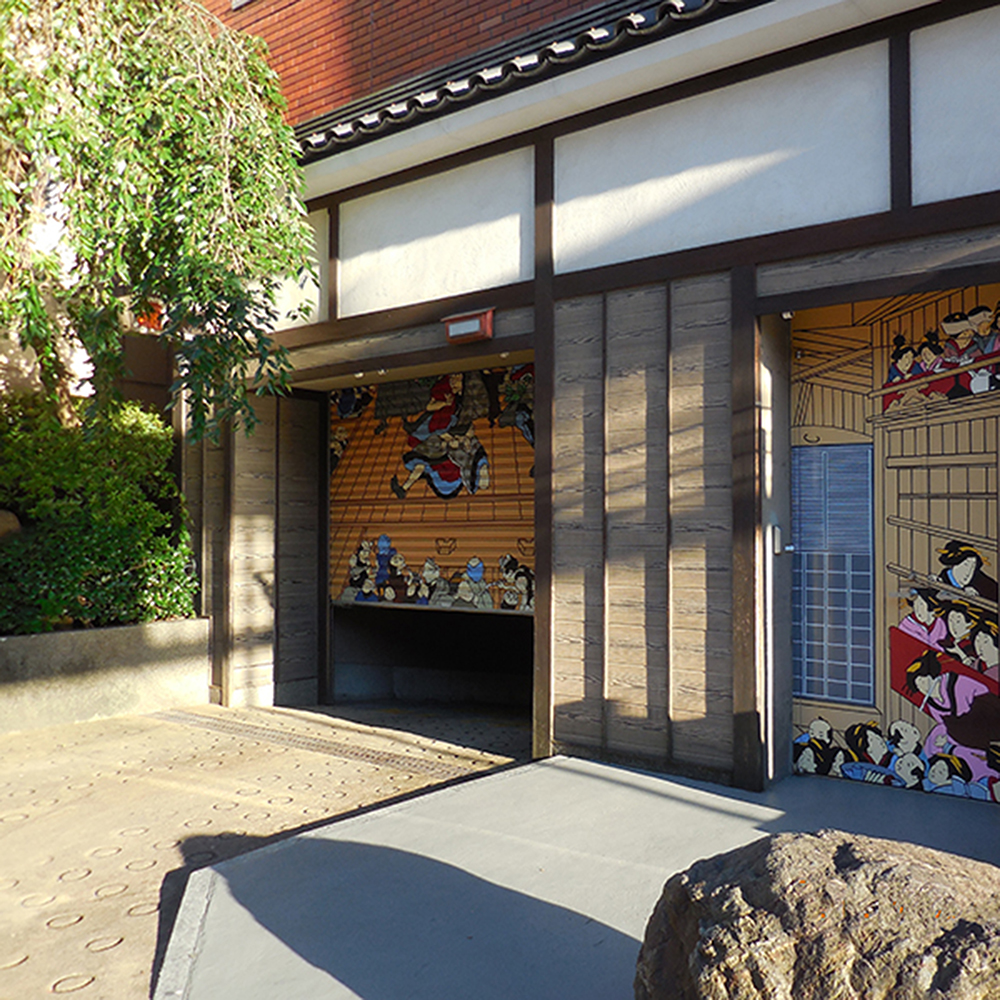 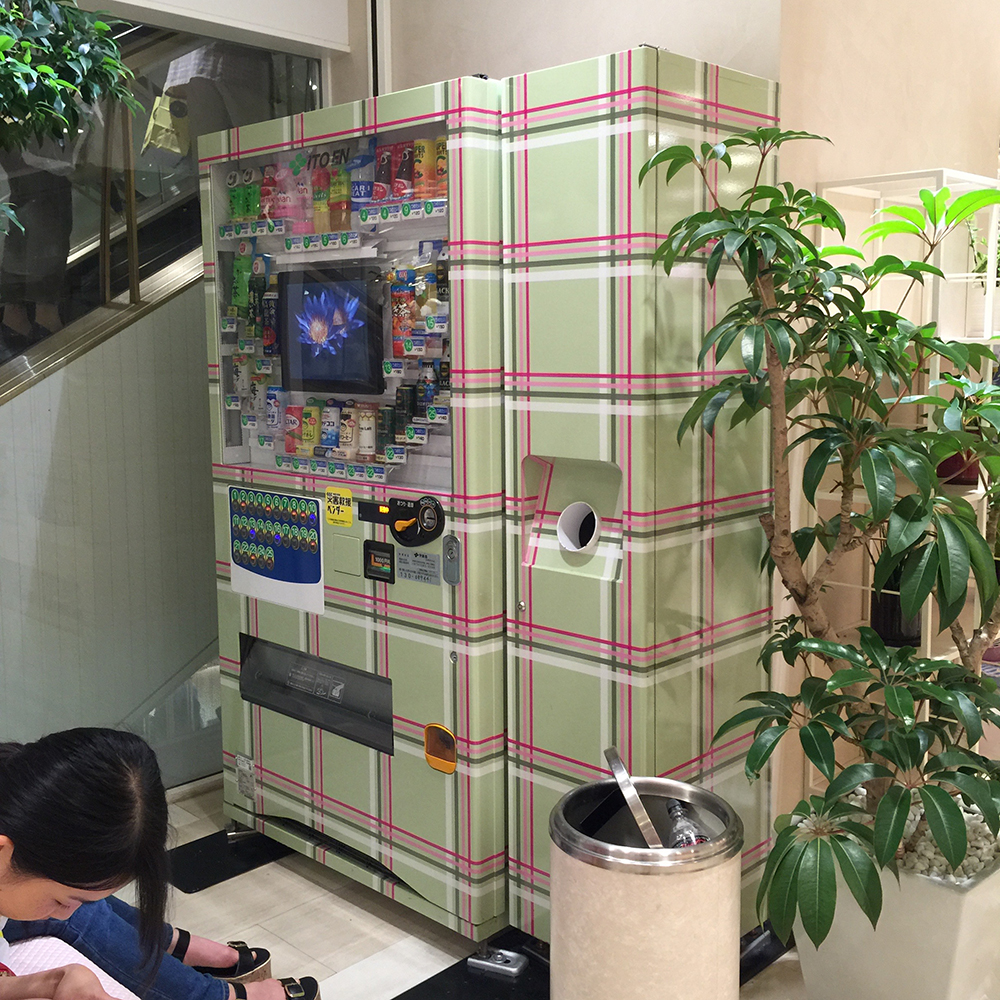 The appearance of a vending machine at a high-end department store is taken to the next level. 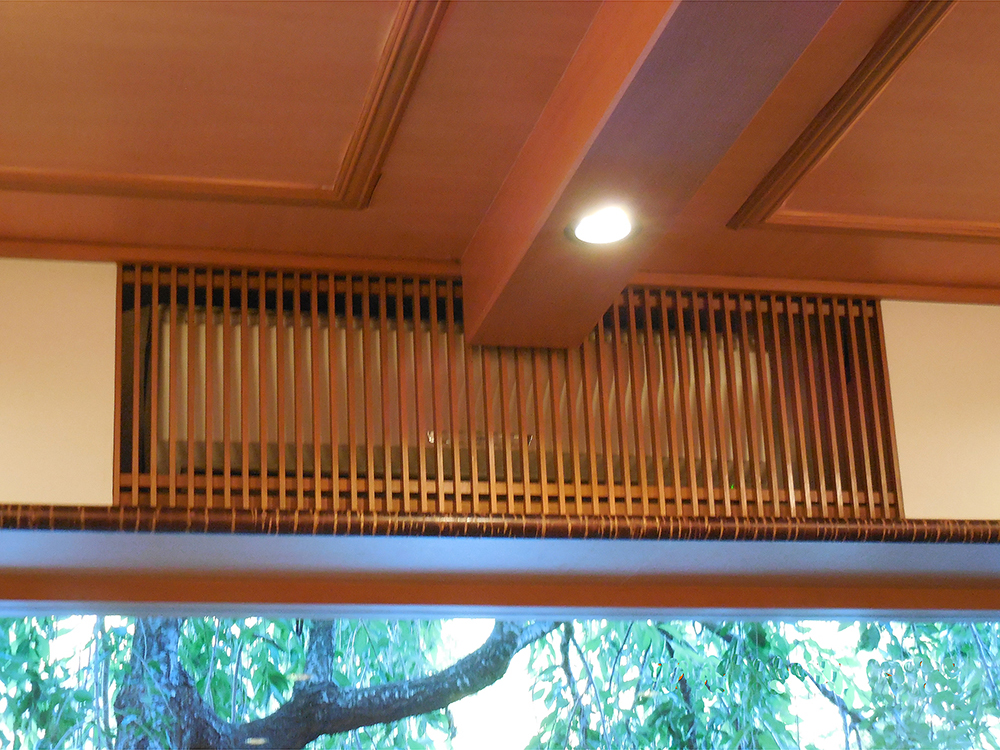 An air conditioning unit in a traditional Japanese restaurant operates behind a timber screen. 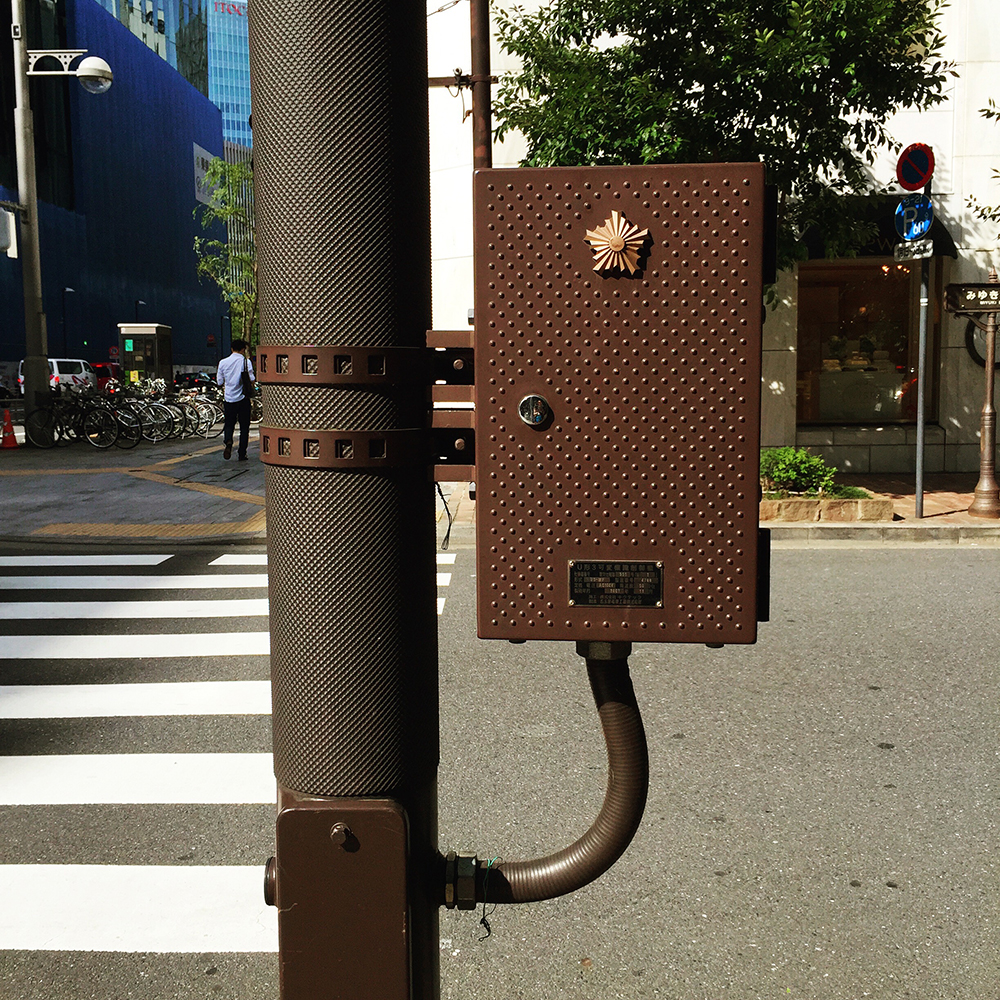 From the Meiji era, quite literally the most beautiful fuse box I have ever come across.

I believe that it is because over the years the Japanese so often found it necessary to reinvent objects and adapt materials to suit their specific functional and aesthetic purposes, that they are now at the forefront of design and technology in the world. Their determination to rediscover a new Japanese identity, to tie in the past with the future, sparked a movement of experimentation and innovation, with a whole range of results that are littered across big cities such as Tokyo. 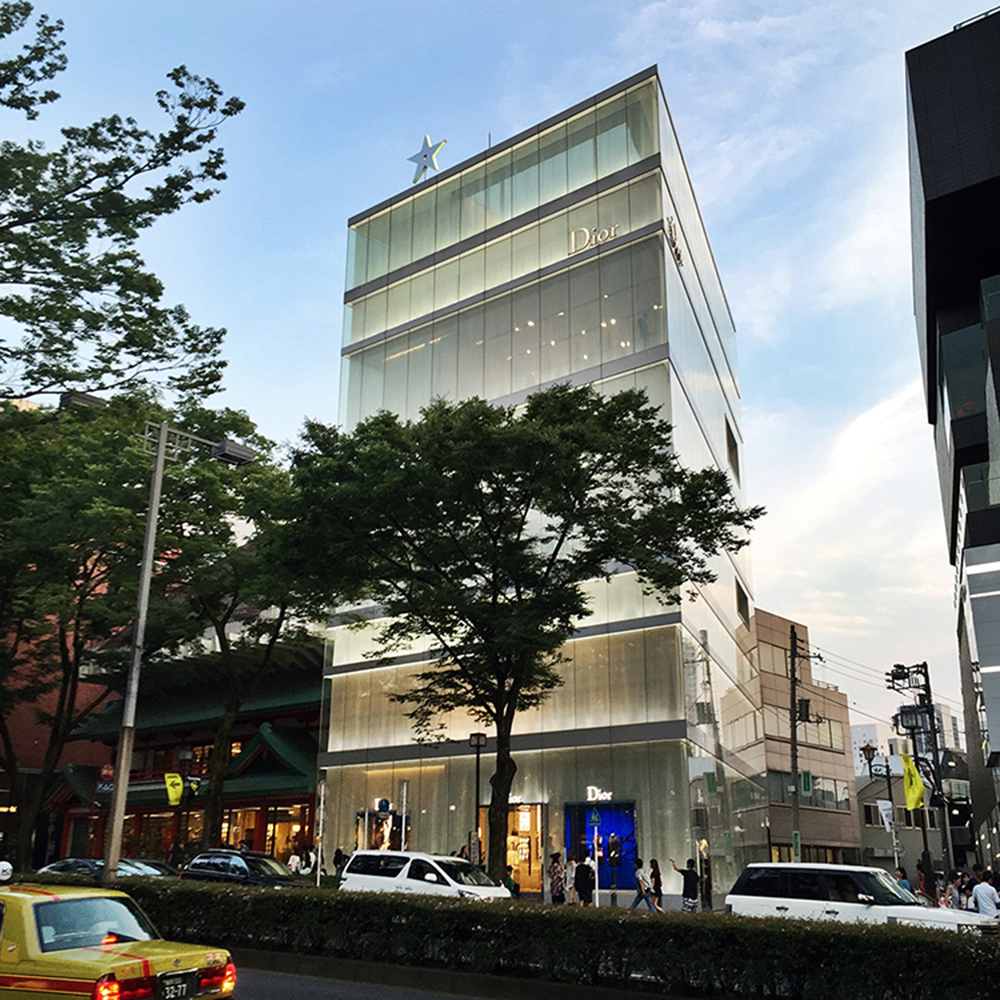 Japan is the place of birth of many world-class architects, such as Kazuyo Sejima and Ryue Nishizawa of SANAA, who recently won the most prestigious architecture award in the world, the Pritzker Architecture Prize. 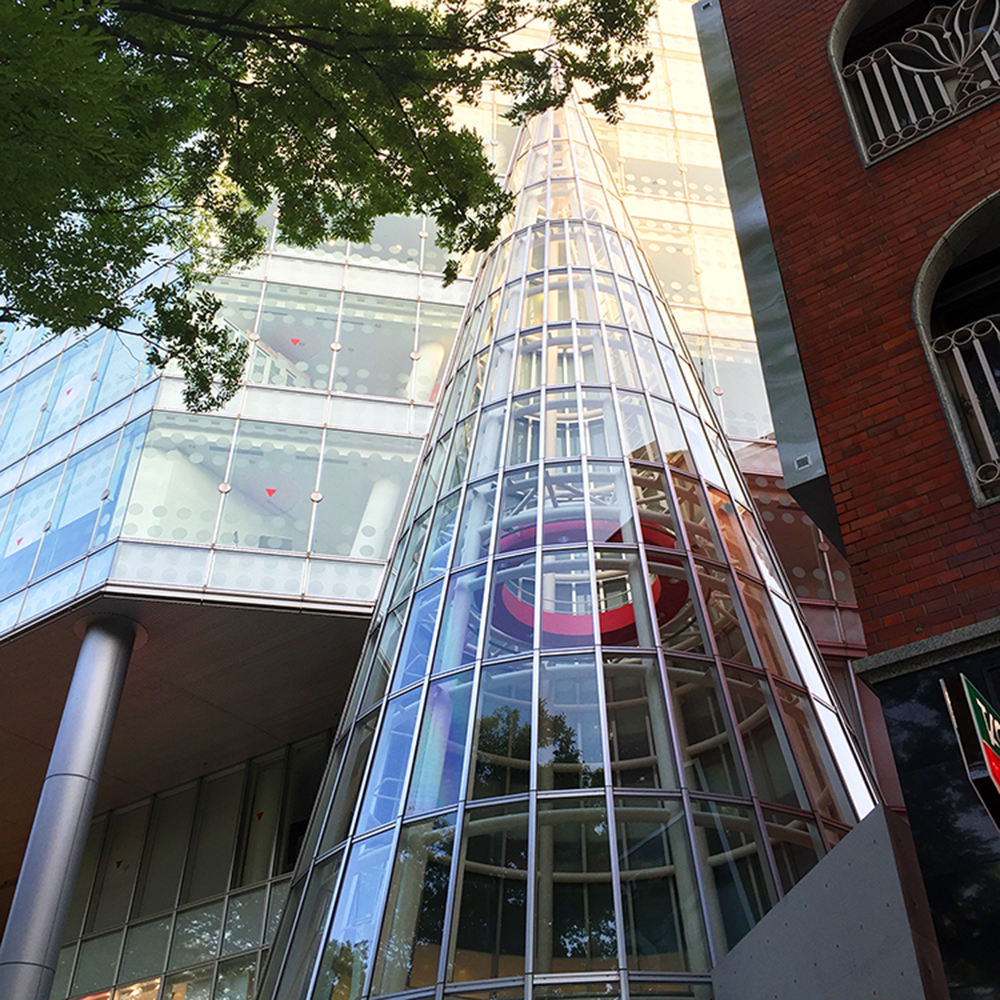 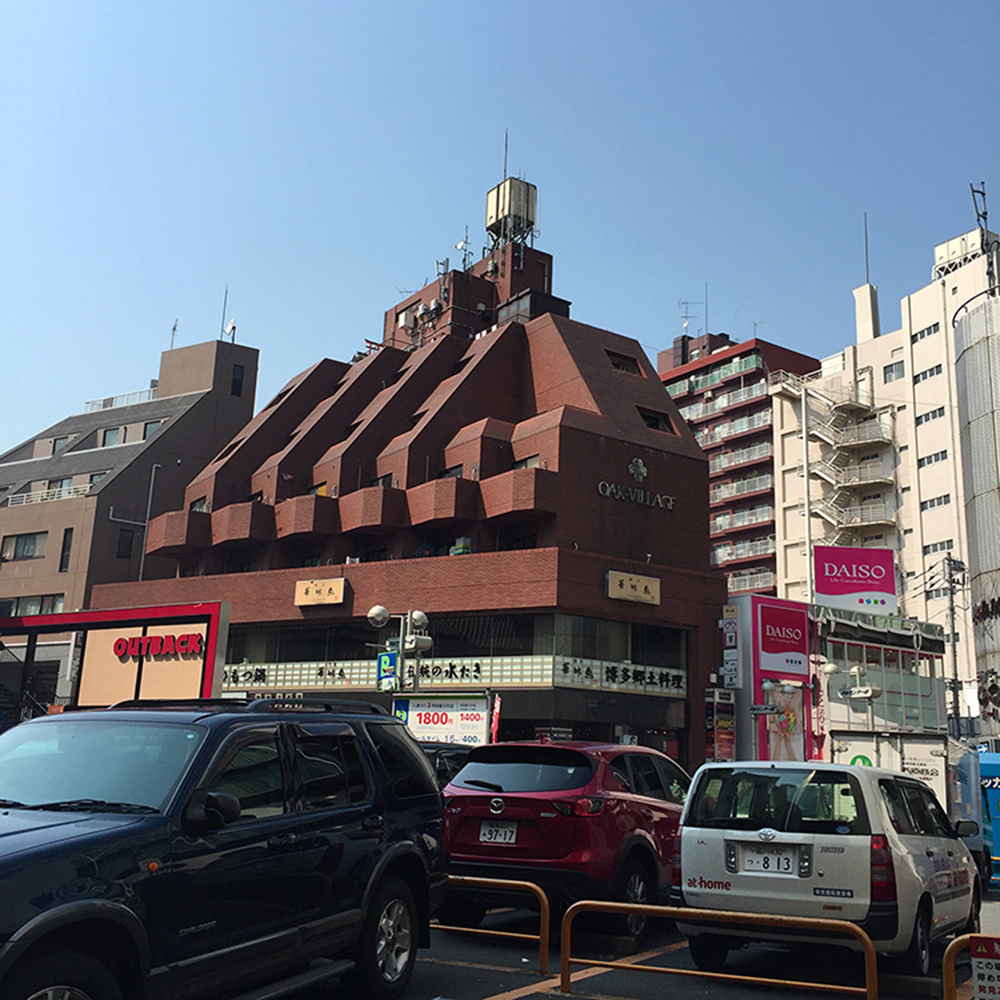 Around town, there is an eclectic range of buildings left and right. In Shibuya, these buildings seem to have been influenced by modernist and metabolist architectural styles. 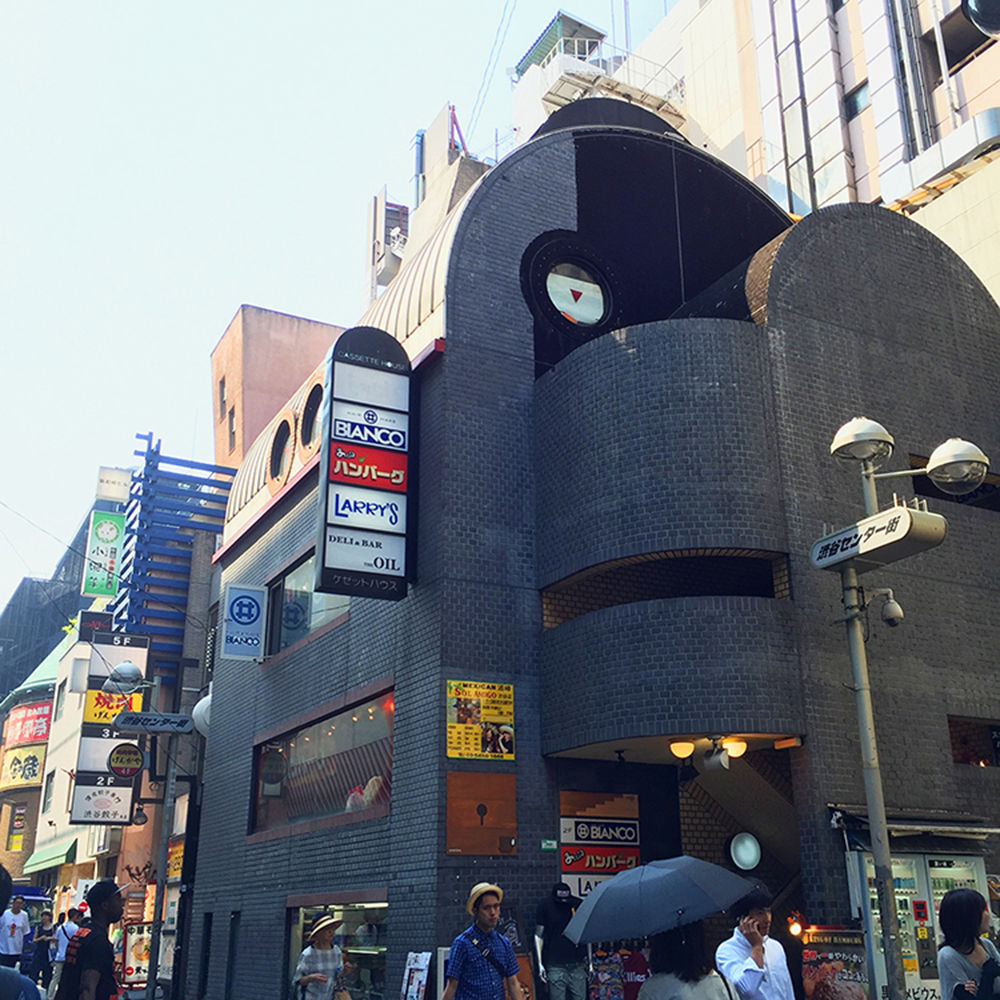 One has to wonder about the planning authorities in Japan, but I love the daring nature of its architecture that tries to push boundaries with every new idea that is conceived. 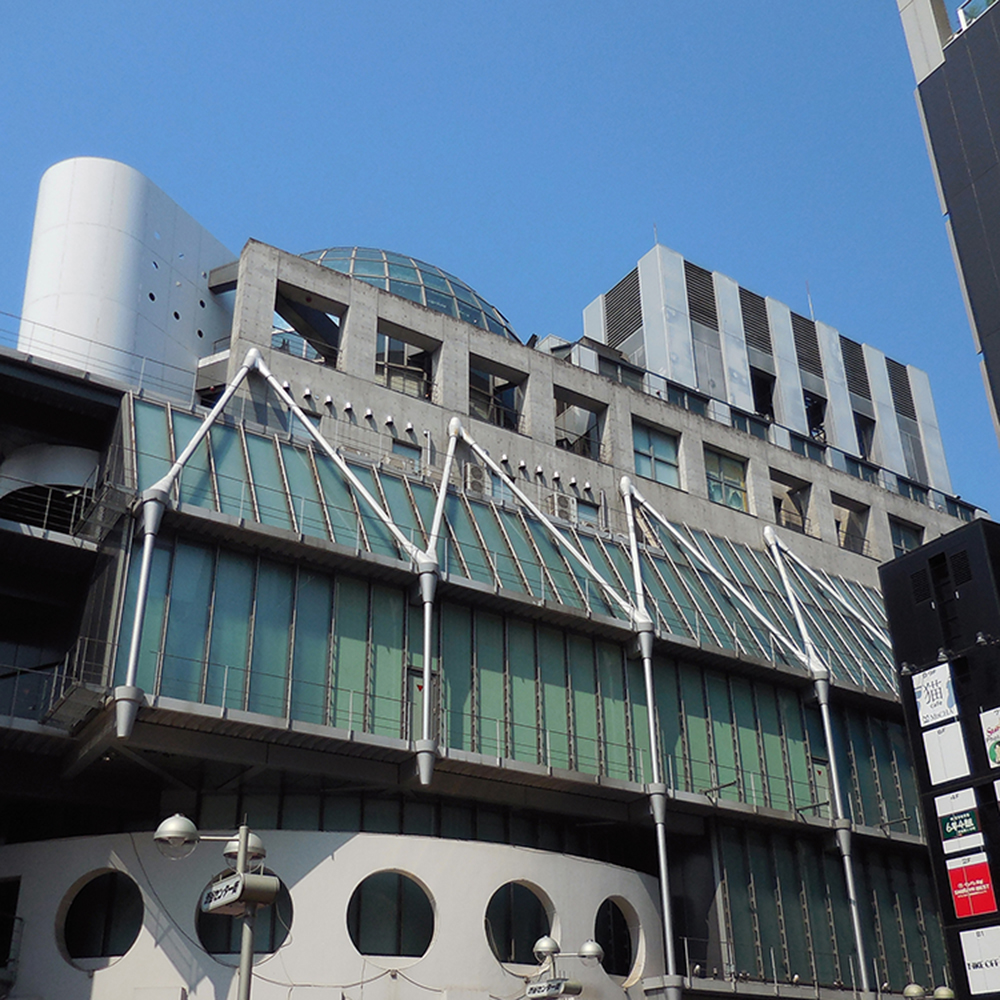 Modernism was brought about by the west after the war and was popularised by Le Corbusier. 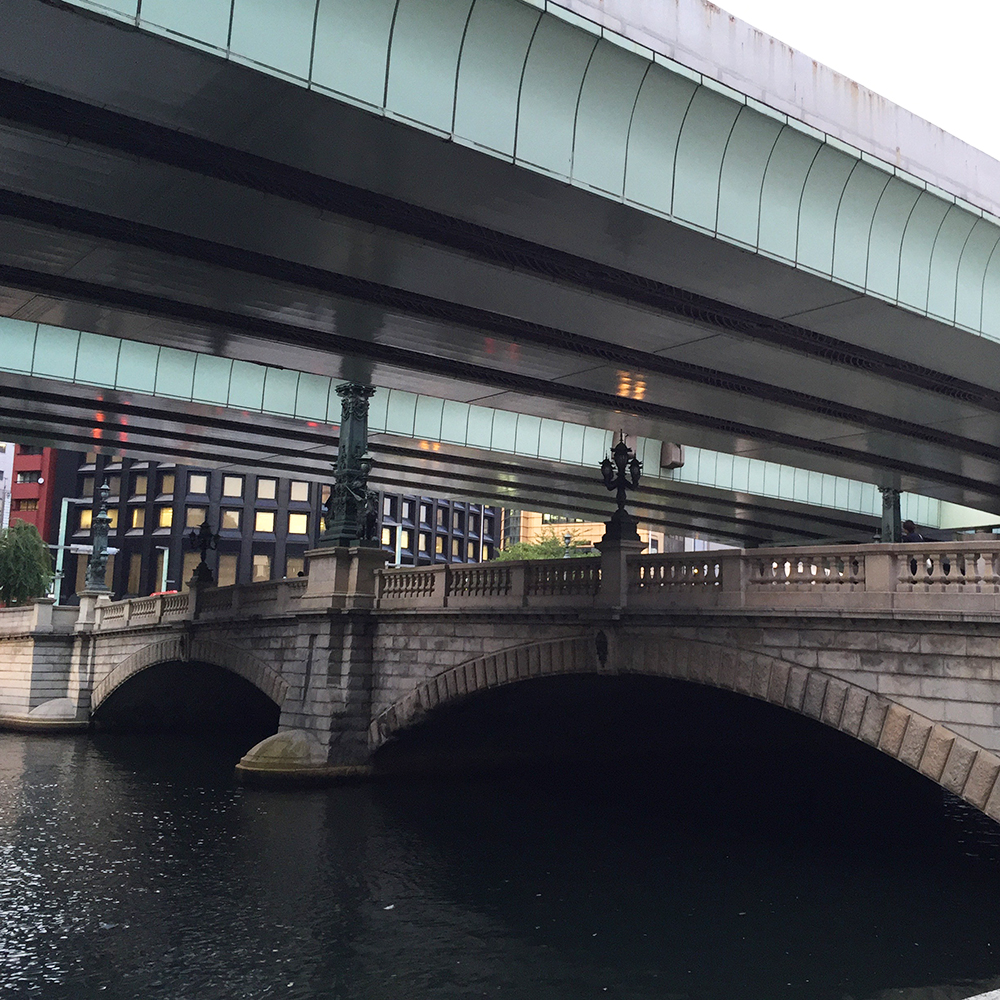 The challenge of interweaving past, present and future is in mantaining the integrity of some of the older structures as newer ones get built around them. 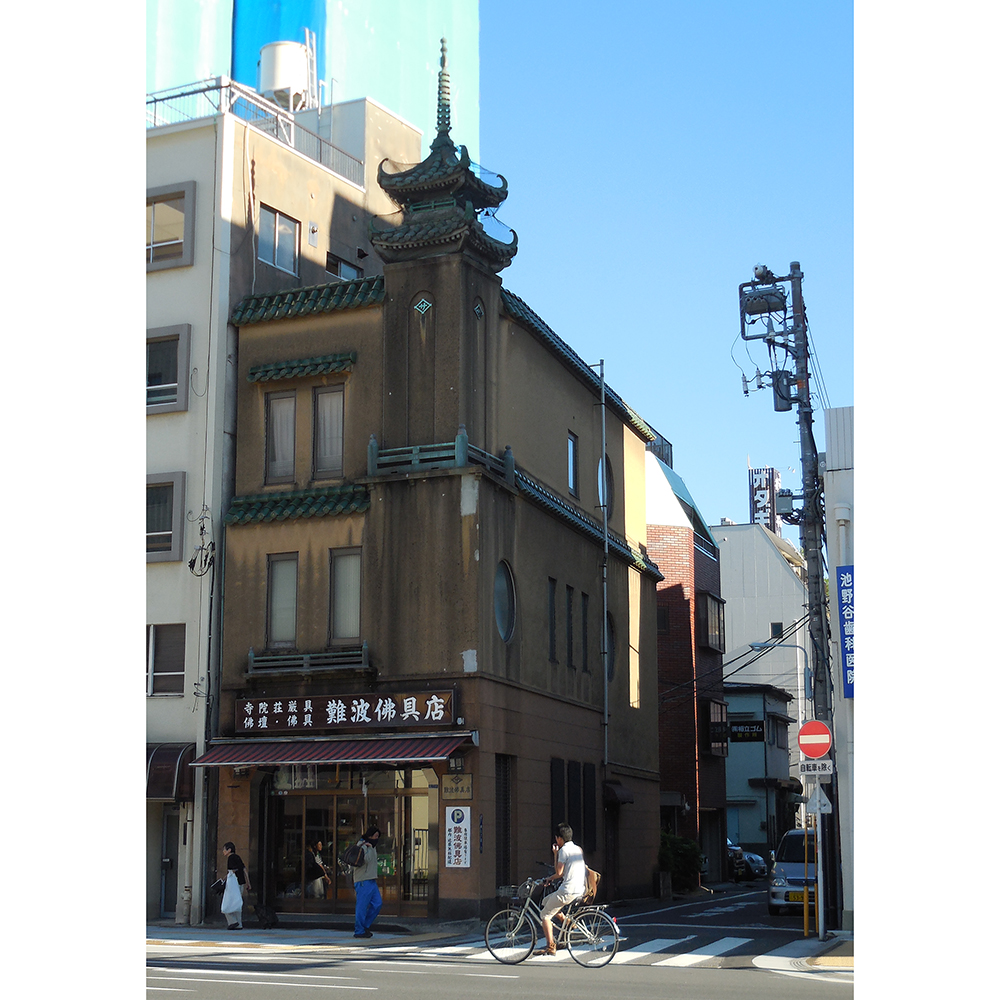 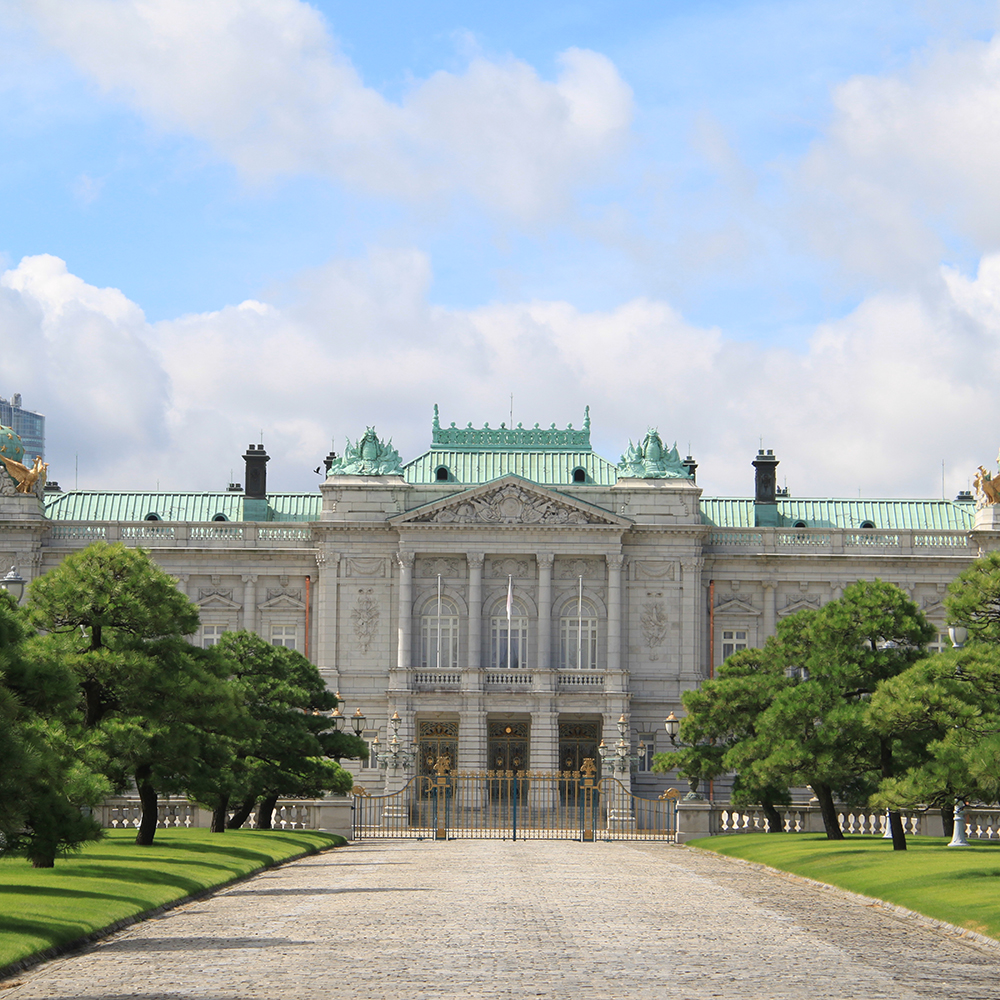 Right in the middle of the city, a stately European style palace functions as accommodation for the important guests Japan received from all over the world. 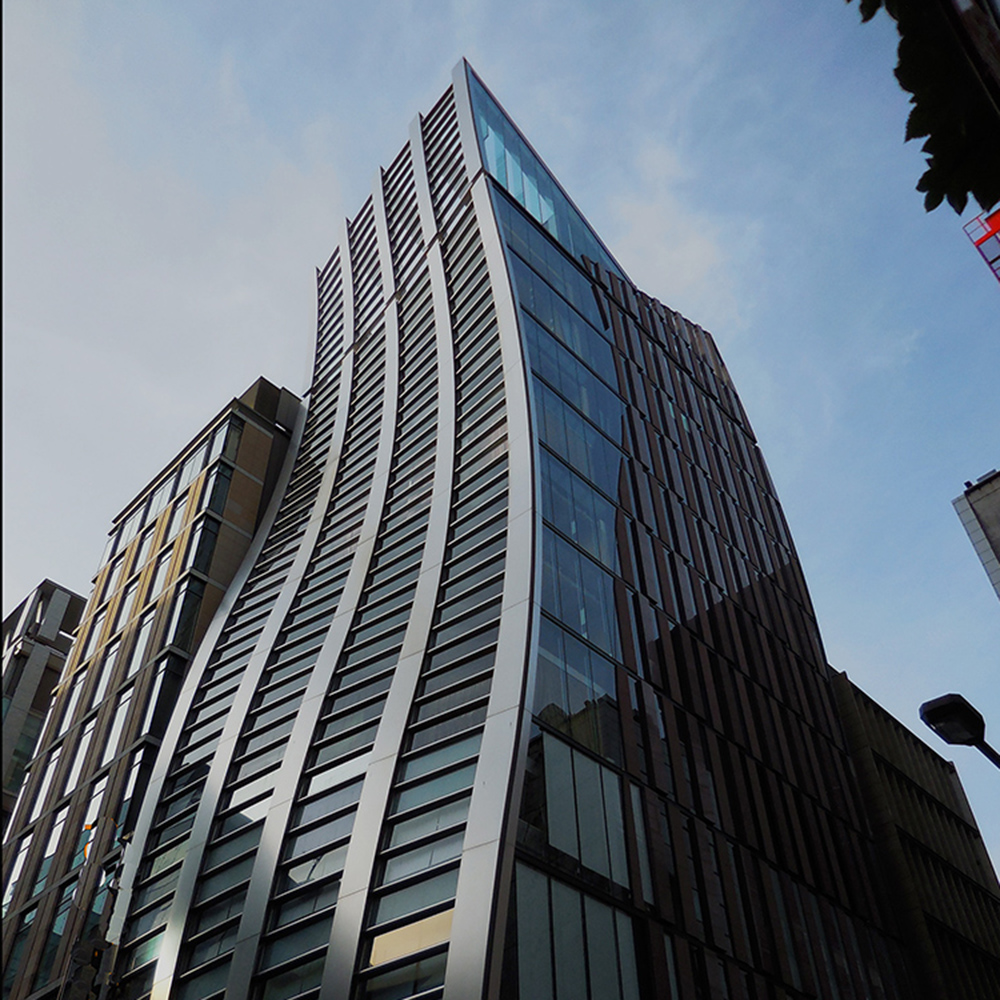 In Ginza, one of the most expensive districts in Tokyo, clean and powerful shapes like this tower make up a unique skyline. 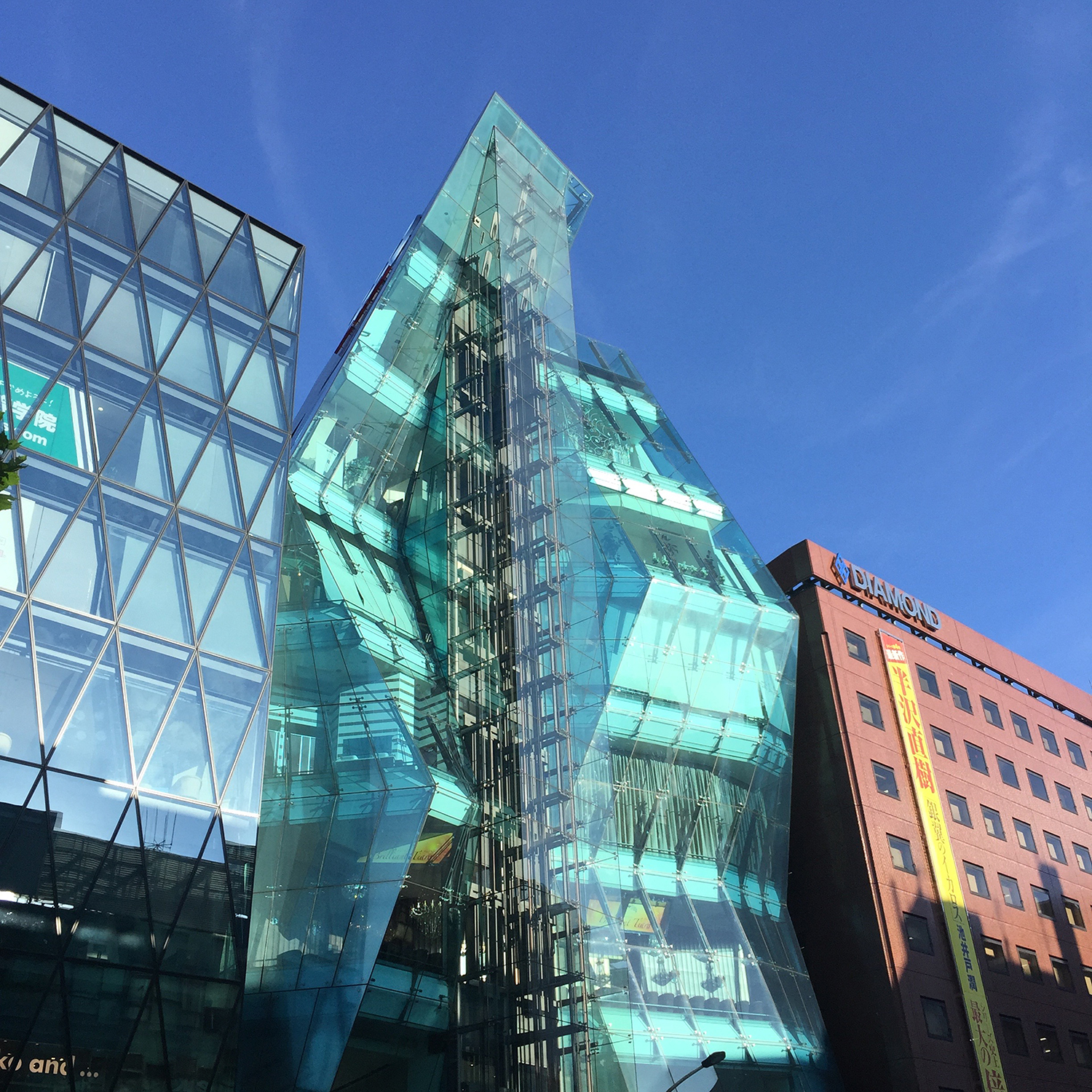 Harajuku’s Audi Forum is no less impressive. Tokyo attracts some of the world’s most prominent architects for design collaboration. 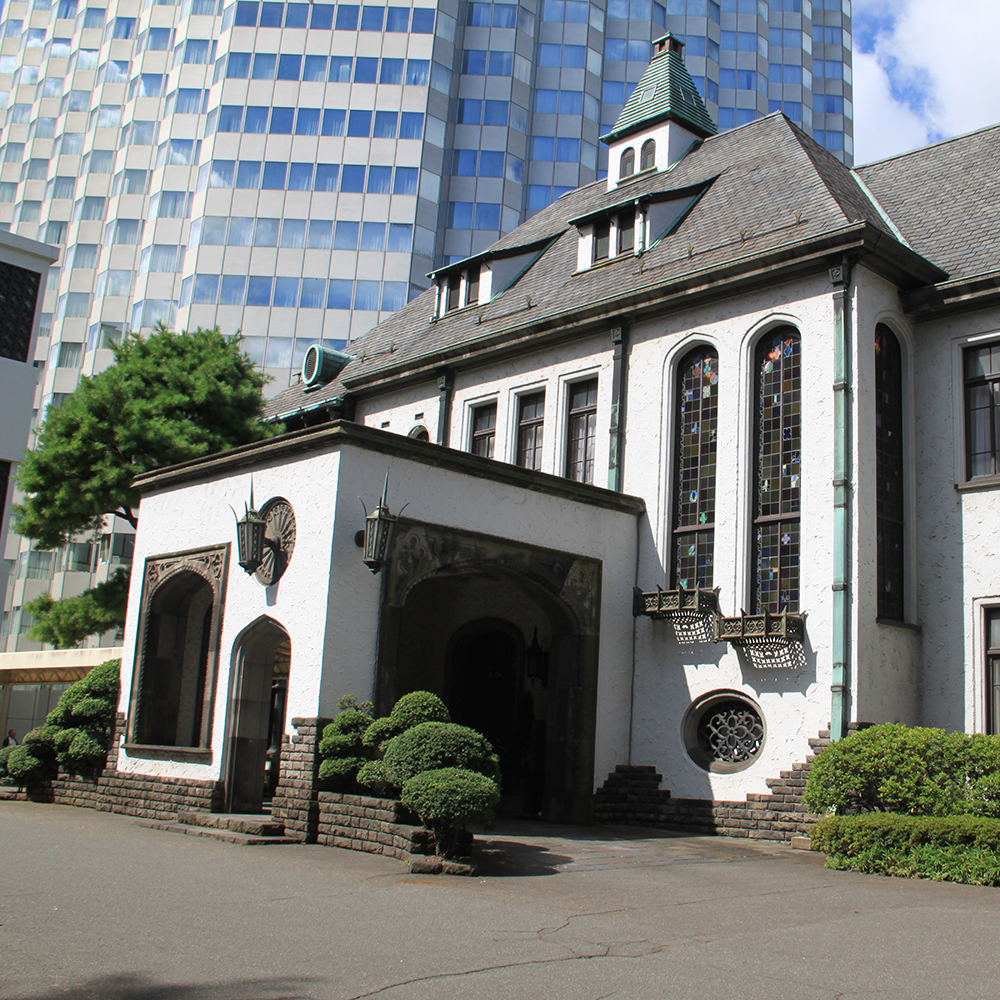 It is no secret that there is an obsession with a provincial European style in Japan. There are many French and German-themed outlets and eateries everywhere. 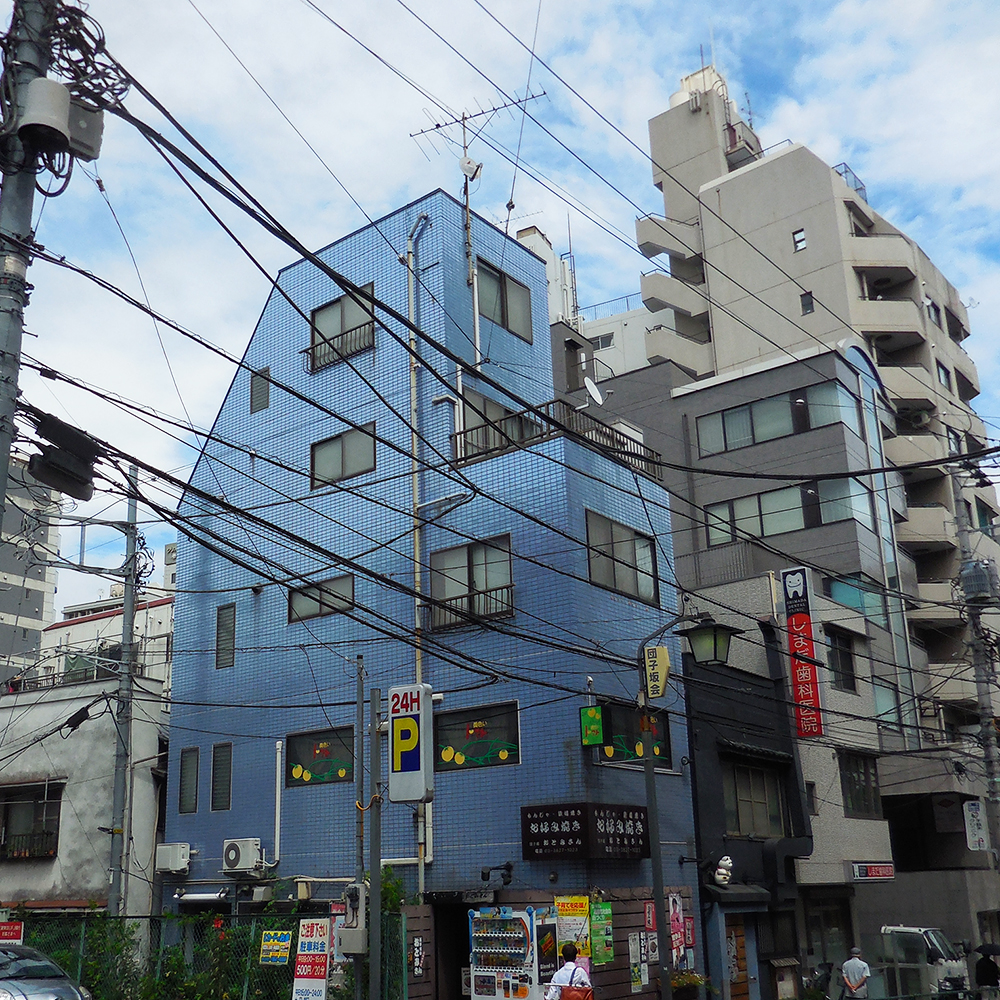 In the more residential areas, tiles are as common as bricks are as facade materials. They are strangely appealing, I really took a liking to them.

It was a very special experience to have walked up and down the streets and to observe how each building has its distinct place on the timeline of Japanese history. What matters more is how they reflect the attitudes and the ideals of the Japanese as a society and how these too transition quickly over time. This was my second trip to Japan and there is no question of going back a third, fourth and tenth time, to continue learning about the art of design from the Japanese. I gain a world of insight every time I go, and reminds me to stop and connect with my surroundings wherever I am.